Home News Film ‘All Quiet on the Western Front’ cinematographer plunged into the horror and... 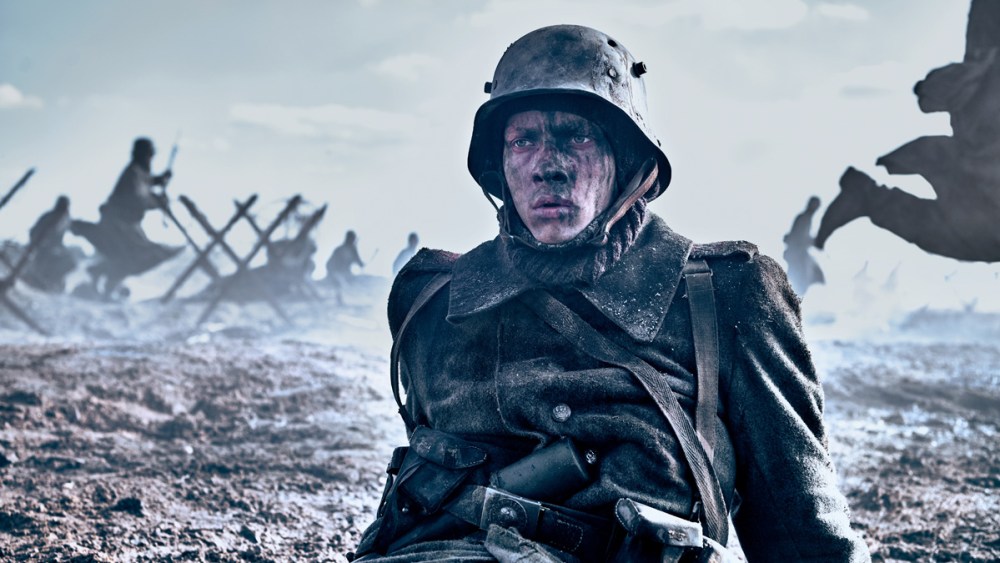 When a freak snow flurry began to dust off the set for “All Quiet on the Western Front” at a wintry location shoot in the Czech Republic early last year, cinematographer James Friend knew he had to keep going.

“Filmmaking is a very organic process,” says Friend, “and while we sat down and found a visual grammar and palette that we thought resonated with the source material — we really pre-visualized everything — but we were also conscious to push through navigating the audience through the war and beauty at the same time, and we really wanted to show that.”

Thus, the pivotal moment in the film, when Bäumer is about to pay the ultimate price for his naivete about the war, became one that no one could have staged to the same effect.

“On day two of filming it started snowing and we captured this moment of beauty,” Friend recalls, “and I’d love to take credit for it, but I can’t because it was just the clouds and nature We got the scene and honestly it looks so beautiful with all the elements of the weather.”

While traditional production requirements would have dictated waiting until it was clear to shoot the scene, the entire team supported Friend and the director in this case, he says. They rushed to bring in artificial snow overnight so they could build on that shot to shoot the entire sequence that way.

“That scene wasn’t originally supposed to take place in the snow, but they watched it and got behind us.”

As Berger recalls, “It happened to be the scene where he will die a few minutes later. It was almost a sign of nature to give this character the beauty for his farewell.”

That kind of instinct, plus the team’s dedication to finding new meaning and nuance in Remarque’s classic novel, is probably why Netflix came on board to support the film’s ambitious remake, which has had two previous lives as a American made feature film in English, the most famous being the 1930 classic, the first Oscar winner based on a novel.

After premiering at the Toronto festival, ‘All Quiet on the Western Front’ was released to streaming audiences on Netflix on October 28 and will be Germany’s entry to the Academy Awards.

Berger sold the film to the streaming giant at the 2020 Berlin Film Festival, he says, choosing them over several other interested parties. Netflix proved best at promising creative freedom and support, he says, as evidenced during the 50-day shoot in the Czech Republic, where he and cinematographer Friend set to work on an abandoned Soviet-era airfield near the town of Milovice to to build into a WW1 trench Armageddon.

Supported during COVID lockdowns as lenders pulled out of the industry and began raising fees, the streamer provided them with “unwavering support,” says Berger. The production was also well-timed to fit in with Netflix’s major push to build its European-language portfolio at the time.

“During production, they were incredibly supportive,” says Friend. “They let us have our voice as filmmakers and started filming in the formats we wanted. And the other thing about Netflix is ​​everyone associates them with streaming. But they were also very much in favor of projecting this on the big screen.

On the big screen in Europe in September and worldwide in October, the film will be seen mainly by home audiences, whose screens may seem to struggle to contain the harrowing scenes of the war’s chaos, terror and the magnitude of the destruction. .

The key for Berger and Friend, they say, was to put the audience in the shoes of the young soldier and let them experience what he sees.

The final color timing was a different journey in its own way, he adds, “because we always took it back to ‘more naturalism, naturalism’. That was always the basis of our photography. We wanted it to be as authentic and realistic as possible. are, from every aspect.”

By opting for wide close-up lenses, as much backlight as possible, shooting in the French trenches in the morning, the German trenches in the afternoon, the team succeeded in recreating the classic as something fresh and entirely different.

“There are very few visual effects in the movie. It was a really compelling piece of filmmaking, both behind the camera and in front of it. We also had to exist in those trenches as a film unit. It was heavy. For the actors and crew. Aside from firing live bullets at each other, it was the closest thing to warfare as you can imagine.

“And I think that was really felt on screen.”