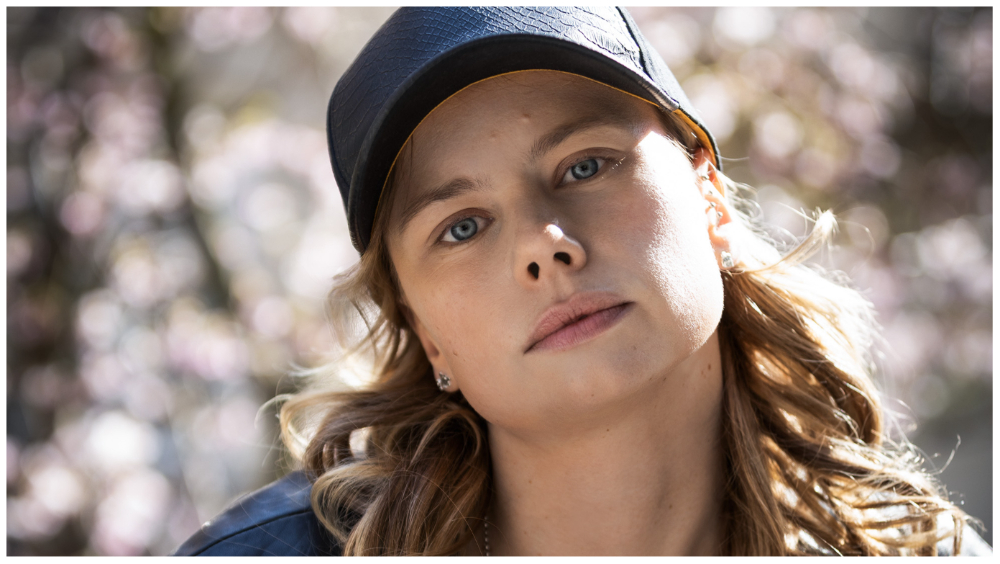 Jonna Järnefelt, Tobias Zilliacus, Amanda Kilpeläinen Arvidsson will also star, along with Tony Doyle and Desmond Eastwood, who were featured in “Normal People”. The film will be shot in Swedish and English.

Based on a series of novels written by Anni Blomqvist, “Stormskerry Maja” tells the story of Maja and her family as they move to a barren and remote island. Their daily life is a relentless struggle for survival, but Maja stands firm. Despite all the setbacks, she stays in Stormskerry, where her roots lie.

Produced by Markus Selin, Jukka Helle and Hanna Virolainen for Solar Films, it will be distributed locally by Nordisk Films. The film will premiere in January 2024.

“Amanda has such a strong presence and exceptional sensitivity as an actor. I feel I can see through her, read her feelings. She’s also a really nice person and I want to work with nice people now. The older I get, the more important it is to me,” says Lymi.

An established actor and Jussi winner for “Love in a Fish Bowl,” she encourages collaborations.

“I’ve also written and directed plays and I’m used to people coming together and commenting on each other’s work. I don’t mind if someone’s idea is better than mine. I’ll just be thankful for it,” she says.

“I know the process of building a character, so I try to create a safe space by saying, ‘I take responsibility for you as an actor and you can trust me.’ No one has the right to hurt another because of a movie, if you do that you are not a good director.”

Lymi admits to taking some liberties with the famous novels, turning Maja into a “feminist” character. Blomqvist’s work has been addressed as early as the 1970s, in the popular TV series by Åke Lindman.

“The source of her resilience is love. She is accepted as she is [by her husband] and able to realize her full potential as a person. That’s how you should be loved: at all or not at all,” she notes.

She sees her protagonist as an ‘entrepreneur’ who takes control of her life at a time when women’s freedoms were limited.

“She refuses to settle for less than she is entitled to. She is an exceptional woman who doesn’t have to be ‘tough’, don’t have to act like a man. She is herself.”

But as the echoes of the Crimean War grow louder and take over her home, Maja must protect her family from a brand new threat.

‘She doesn’t see the war in the novels. Here it comes on the island,” explains Lymi.

“She wins the respect of a high-ranking British officer and you could say she’s winning the war in a way. Especially since she doesn’t give in to hate.”

“We are often told that man is a beast. That we need society, or at least some structures, to protect us from each other. We hear about all those terrible things that happen during the war and they are true, but there are also stories of people helping each other.”

Lymi will show the world that is at the crossroads, with the old ways and beliefs slowly paving the way for the new, even on the island resistant to change. But despite the period in which the film is set, she wants the story to feel compelling today.

“Love has always been the same, hate has been the same. I really try to stick to Maja’s point of view, to show how she sees the world,” she says.

“Stormskerry Maja” will begin shooting in the Åland Islands in October. It will be Lymi’s biggest directorial outing, also behind the blockbusters “Lapland Odyssey 3” and “Happier Times, Grump”.

“So far. Just wait,” she laughs. It’s not the size of the project she’s thinking about right now, it’s the weather.

“I like control, I like to know what I’m doing, but I will have to improvise because of unpredictable weather conditions. Nature, beautiful and terrible at the same time, plays an important role in the film. It can’t be recorded in some studio,” she says.

“It will make some decisions for me, but I have to go with the flow. Or with the wind: they will probably find me somewhere in Sweden.”