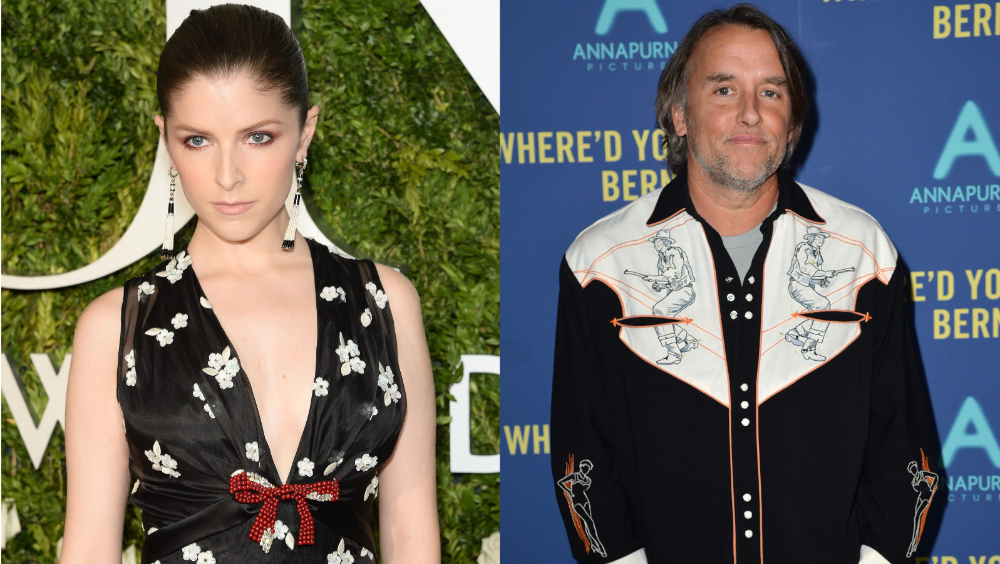 AGC International, the international sales and distribution arm of Stuart Ford’s AGC Studios, has unveiled a series of pre-sales of Richard Linklater’s “Hitman” and Anna Kendrick’s “The Dating Game”.

“Hitman” will begin production in New Orleans in early October and “The Dating Game” in Vancouver later that same month.

Marking Kendrick’s directorial debut, “The Dating Game” tells the chilling true story of serial killer Rodney Alcala, who appeared on the hit American dating show “The Dating Game” — and was selected to go on a date with contestant Cheryl Bradshaw (to be played by Kendrick) — before his heinous crimes were finally revealed.

As revealed by Variety, action comedy “Hitman,” is based on a Texas Monthly article by journalist Skip Hollandsworth and is co-written by and will star in “Top Gun: Maverick” actor Glen Powell. He plays a Houston cop who has been working undercover as the most in-demand hit man in Houston, until one day he breaks protocol to help a desperate woman (Adria Arjona) trying to escape an abusive boyfriend.

“Hitman” has so far been sold to Leonine Studios in Germany and Switzerland; SND in France, Sun Distribution in Latin America and Spain; WW Entertainment BV in the Benelux; BIM distribution in Italy; VVS film in Canada; Scanbox Entertainment in Scandinavia; Paradise/MGN in the Baltic States; Kino Swiat in Poland; Selim Ramia in the Middle East; Nos Lusomundo in Portugal; Empire Entertainment in South Africa; United King Film in Israel; Aqua in Turkey; and KCS in ex-Yugoslavia.

“The Dating Game” has been sold to Telepool in Germany; Signature Entertainment in the UK and Ireland; Sun distribution in Latin America, Spain and Portugal; VVS movies in Canada; Lucky Red in Italy; Roadshow movies in Australia and New Zealand; Miss Label in Scandinavia; AQS in the Czech Republic; Kinowelt in Poland; KCS in Ex-Yugoslavia; GPI in the Baltic States; Empire Entertainment in South Africa; Aqua in Turkey; Selim Ramia in the Middle East; and United King Film in Israel.

The sales news comes after AGC held a much-attended, both in person and via video, double bill presentation with Linklater and Powell, and with Kendrick, in Toronto, led by Ford.

Ford said: “At a time when the international theater market is still in decline, it is encouraging to see such strong pre-sales activity on both exciting projects. The talent participation in Toronto was certainly a major factor in that strong sales performance and it confirms AGC’s world view that the international pre-sale model continues to be an effective model for intelligent, commercial projects with affordable talent and presented appropriately to distributors. and at the right budget level.”