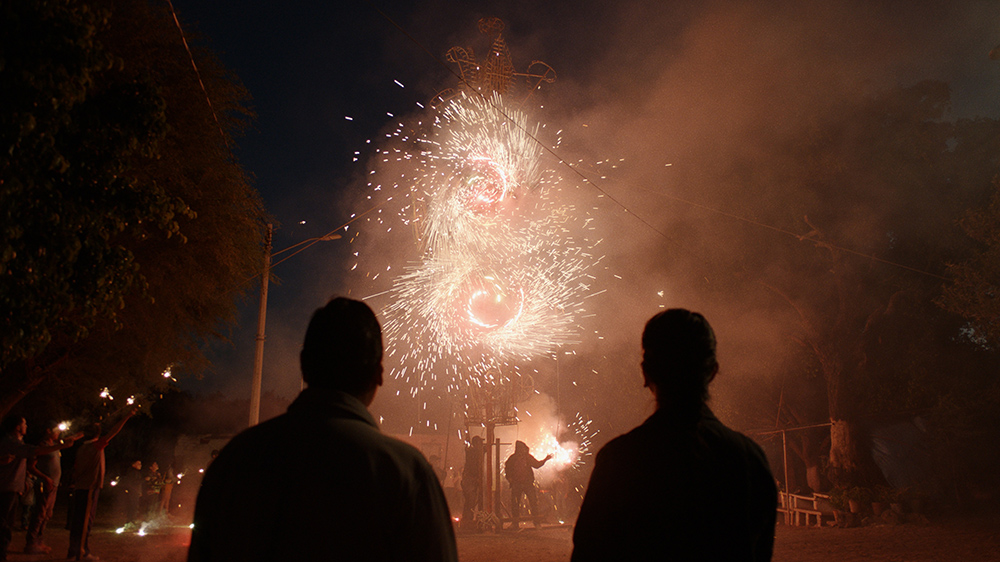 Thanks in part to a strong co-production drive, 13 films with Mexican nationality will be screened in San Sebastian this year, a large presence.

Perlak frames Alejandro G. Iñarritu Venice player “Bardo: False Chronicle of a Handful of Truths.” Much of the heat, at least in industry terms, will come from the premieres and sneak peeks.

As a highlight, Natalia Beristáin will premiere the world premiere “Noise” (“Ruido”), before the Netflix show in November. In possibly another, Mexico’s Laura Pancarte (“non-western”) reveals “Sueño Mexicano” as a pic-in-post.

Eyes will also be on Mexico’s newest generation of authors. One director is suddenly very well known: longtime editor Natalia López Gallardo, winner of the Berlin jury prize for ‘Robe of Gems’.

Others bubbling under: Juan Pablo González whose “Dos Estaciones” impressed Sundance, Rodrigo Ruiz Patterson, director of “Summer White”, another Sundance title, and Bruno Santamaría, a Gold Hugo best doc winner at the 2020 Chicago Festival for “Things We Dare Not.” Both have new projects at the San Sebastian Co-Production Forum.The full lineup:

The first film by Iñárritu (‘Birdman’, ‘The Revenant’, Perlak) in his native Mexico since his 2000 debut, ‘Amores perros’. In it, “the filmmaker takes a page – in fact an entire book – of Fellini’s “8 1⁄2″, and tells the story of a renowned Mexican journalist who is full of fears and fantasies, but above all full of himself,” Owen Gleiberman wrote in to be Variety review.

A blend of scathing social realism and moving lyricism, Baumeister’s first feature, a mother-daughter broken relationship set in a garbage dump in Managua, Guatemala “Daughter of Rage” swept San Sebastian’s Co-Production Forum (2019), before it released its WIP Latam won ( 2021), a rare doppelganger. Marta Orozco’s MarthFilms in Mexico was one of the mainstays of the production, joining a strong co-production base of six countries.

Scoring an acclaimed Sundance Jury Award winner for lead Teresa Sánchez, which is set in the cozy rolling Jalisco Highlands but charts the merciless disappearance of Mexican artesanal tequila plants, gobbled up by global brands. Sánchez plays María Garcia, the quirky owner of Dos Estaciones, who survives despite a plague and a flood. Glorious shot, a sad farewell to the passing of an era. Jamie Gonçalves, Ilana Coleman and Bruna Haddad of Sin Sitio Cine produced from Mexico.

A documentary portrait of Spanish singer-songwriter Joaquín Sabina, 13 years in the making, showing “the artist, his best and worst moments and his personality, so linked to his work, his creativity”, Leon de Aranoa told Variety. pproduced by Reposado, BTF Media, Sony Music Spain.

kings of the world

Malena struggles to finish her house, set up a business and receive an IVF will to conceive, and bring her family together under one roof as she’s always dreamed. Whether she can pull this off is another question. Plancarte’s follow-up to the well-received ‘Non-Western’, produced from Mexico by her own label, LP Films, and Ivan Trujillo at TV UNAM.

San Sebastian’s great Mexican world premiere, a heartbreaking chronicle of a mother’s desperate search for her missing daughter. This is based on a near-docu-portrait of the search process and the protest movements of women: the screenplay was co-written by Diego Osorno (“1994”, “Devils Freedom”) and collaborator Alo Valenzuela for a reason. To balance that, Beristain traces the emotional, mental, and physical impact on the viewfinder, giving the film a dreamy lyricism. woo

Films, a producer through Noc Noc Cinema on ‘House of Flowers’, produces Bengala with Beristáin’s grind.

The latest documentary from Argentinian Manuel Abramovich, winner of the 2019 Berlinale Silver Bear for ‘Blue Boy’, about Lalo, an outrageous sex influencer living in the mountains of southern Mexico. A winner of the Gabriel Figueroa Film Fund.

A winner of the Berlin Jury Prize from 2022, from editor Natalia López Gallardo (“Jauja”, “Post Tenebras Lux”, “Heli”). Three women collide with a drug ring, leading to tragedy and violence in a film that charts—often numbingly—the “spiritual wound” of a “rogue cycle”, as López Gallardo puts it. Sold by Visit Films.

A nuanced comedic drama with an undercurrent of tragedy, written and directed by award-winning documentary filmmaker Bruno Santamaría Razo (“Cosas que no hacemos”),” “an opportunity to understand an intimate and familiar event from the past,” in Santamaría Razo’s words. Set in the 1990s, the story follows 10-year-old Bru, whose father is diagnosed with HIV, causing his family to fall apart.