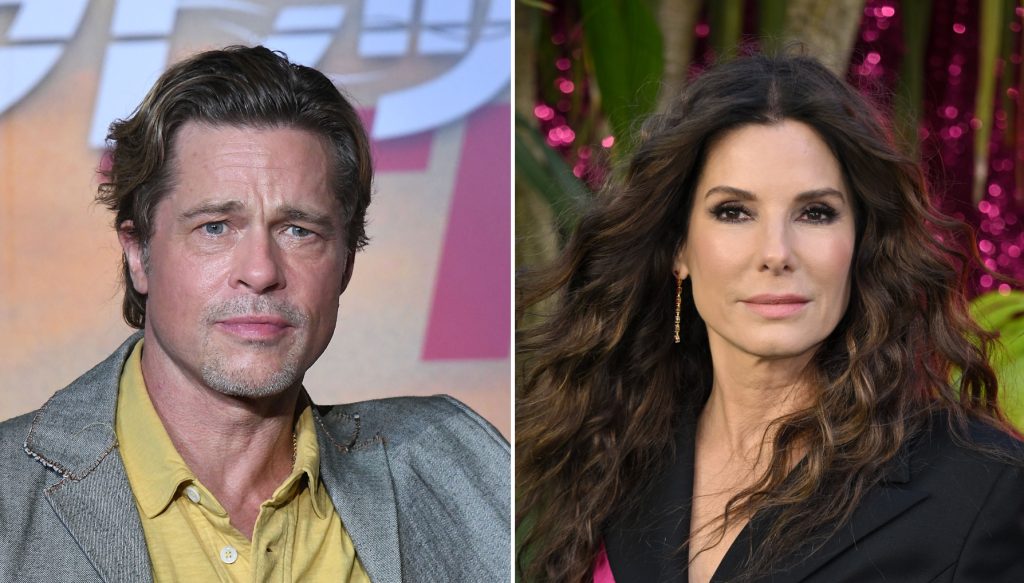 Brad Pitt and Sandra Bullock swapped cameos this year when Pitt showed up in Bullock’s $105 million romantic comedy “The Lost City,” and Bullock appeared in Pitt’s late summer action tent pole “Bullet Train.” But would the two ever headline a movie together? It turns out they planned it years ago by developing a comedy where they would play warring ex-husbands on QVC. Pitt-Bullock’s comedy never got past early development.

“Actually, Sandy [Sandra Bullock] and I once tried to develop a whole idea of ​​a husband and wife team, who were QVC’s most successful salespeople, but we’re getting divorced, we hate each other, and we’re putting it on the air as we sell things,” Pitt recently told Vogue UK. “That’s as far as we are.”

Pitt revealed the lost Bullock project during an interview with Le Domaine, his new line of genderless skincare products. The Oscar winner told Vogue that his skin is proof that Le Domaine works.

“I know there are new products that people are trying to launch almost every day,” Pitt said, “but if I hadn’t seen a real difference in my skin visually, we wouldn’t have bothered. [making it].”

Pitt recently headlined Sony’s “Bullet Train,” which has earned $96 million in the US since its debut in early August. Worldwide, the action tent pole has raised 222 million dollars. Next up for Pitt is a starring role opposite Margot Robbie and Diego Calva in “Babylon,” the new Paramount-backed drama from Oscar winner Damien Chazelle of “La La Land.” The film will hit select theaters on December 25.