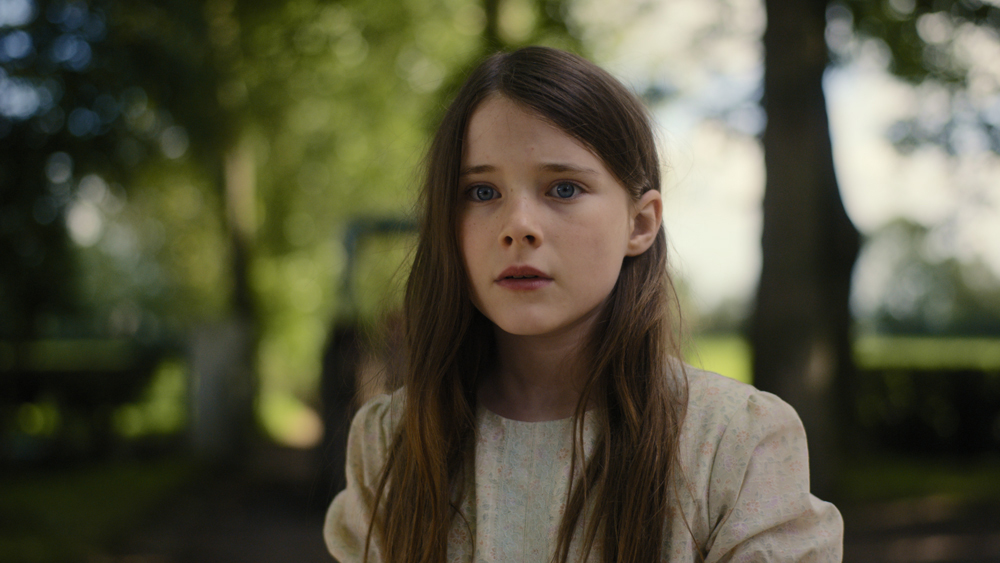 Filming ‘The Quiet Girl,’ the evocative 1980s tale of a mysterious child who is sent to live with distant relatives in rural Ireland for the summer, camerawoman Kate McCullough says she found her way by herself to open up to the natural elements of the setting.

“When you arrive at a location, there’s a lot to inspire you,” says McCullough, who filmed writer/director Colm Bairéad’s feature film debut, an adaptation of Claire Keegan’s critically acclaimed 2010 short story “Foster,” screened at Camerimage International Film Festival in the competition for directorial debut.

Acclaimed for its own quiet qualities and storytelling through minute detail, the award-winning film from the Berlinale unfolds with the arrival of 9-year-old Cáit at the home of distant, childless relatives – a plan devised to bring relief. provide to Cáit’s own household, where there are too few kibble in the pantry for too many children.

The destination is as much of a mystery to the child as it is to the inhabitants. “The trees through the window, moving in a certain way, doors creaking, floorboards, smells, it’s all very layered,” McCullough says of the farm’s location. “I find that very helpful when preparing a film. You can build from that and it is a kind of anchor.”

The crew managed to find an atmospheric house from the time the story is set in, says McCullough, which meant a wealth of visual opportunities — but also challenges.

“The book is set in Waterford, on the south coast. But we shot in Meath, about an hour north of Dublin, where I’m originally from. That was kind of fun, because I grew up on a farm. That parlor hasn’t changed, I’d say, since the ’80s or ’90s. It is very difficult to access those spaces now.”

Since the house hadn’t been renovated, it offered authenticity in spades — but also forced McCullough to shoot from any angle she could find.

“I’m used to working on location,” she says. “I come from a documentary background, so I’m used to tight corners. Also, the car was pretty tight – we didn’t have access to external gears, so I was in these weird corners in the car.

But the pain is worth it for the realism, she says. “I like locations – I’ve only shot in the studio maybe twice. It’s a bit new to me, reality in a box of dreams.”

“It’s about trying to rethink and forget everything you know and be new to the material.”

The director, for his part, was also determined to find opportunities rather than making a detailed shooting plan, says McCullough. “We didn’t do storyboards. It was a shot list, but in a sense the shot list was developed to make sure we shot the story in time.

Under child labor laws, with a 9-year-old star like Catherine Clinch — putting on a captivating, naturalistic performance like Cáit — shoots with her were limited to half days. With a total production time of five weeks, this meant that the entire cast and crew had to be fully prepared to start when Clinch’s day came.

“You kind of have to start the scene without her, then bring her in, and then take her out. There’s a lot you can do with a double, but it probably forced us to shoot a little differently. If we didn’t have Catherine, how could we rethink this scene?

The time limits also led to shots that would build dramatic tension, says McCullough: “Trying not to reveal her, her character, also this kind of slow tilt from the landscape to reveal her – things aren’t always what they seem. . ”

Filming a story from a child’s perspective was also new to the cinematographer, she says, but the Academy frame size used made sense for the perspective.

‘I have not made a feature film in which a child is central. At her level, the choice of aspect ratio was tied to it. You’re more focused on the verticality of things, the difference between adults and Catherine.”

Working with a budding child actor is definitely a risk, she says. But in this case it was a good bet. “She more or less set the tone. This actor was just very composed and focused from day one and wanted to do well.

Clink’s demeanor is a lot like her character’s in some ways, says McCullough — though thankfully that doesn’t stem from a place of neglect like Cáit’s.

“She’s pretty controlled,” she says of the actress. “I’ve seen her smile and laugh a lot more since the movie came out.”

Clink was cast following an appeal to Irish-language schools across the country, and the film itself was partly funded through a Cine4 initiative to develop more such projects. When filming Irish-speaking subjects, McCullough adds, it’s important to portray body language.

When filming children, most cinematographers would be nervous about using a locked camera and using the long takes that make up “The Quiet Girl.” The thought is often, “Maybe we should go handheld so we don’t miss anything,” says McCullough.

But not with Clink. “It just gave her space within the frame – she’s just incredible to watch. There’s always something going on. There is an inner world. Even when we were doing camera tests, she had never been in front of the camera before, but she was like, ‘I’m ready.’”