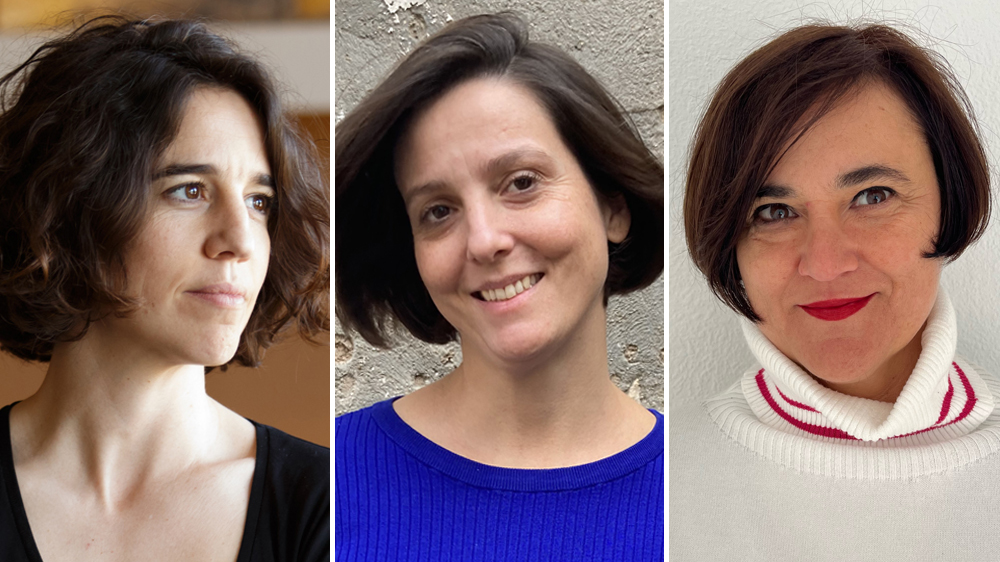 Creating what appears to be one of the undisputed highlights of Ventana Sur’s Spanish screenings, three of Perú’s most important filmmakers – Daniel and Diego Vega and Joanna Lombardi – have embarked on “Bienvenido Mr. Hollywood”, promising a complete departure for one of Catalonia’s leading cinematographers , Mar Coll.

Co-created and directed by Coll (“Three Days With the Family”) and Aina Calleja, an editor of Coll’s first series, “Killing the Father”, “Welcome Mr. Hollywood’ was written by Coll, Calleja and Diego Vega, who broke out with brother Daniel with his debut, 2010 Cannes Un Certain Regard Jury Prize winner, “October.” “El Mudo”, winner of the Best Actor in Locarno in 2013 for Fernando Bacilio, cemented the brothers’ reputation as top young Latin American authors.

A key figure in the Latin American film-TV scene, while at Telefonica Media Networks, Lombardi produced a series of original Movistar Play series from emerging creators, including Colombia’s Mauricio Leiva Cock (“Capital Noise”); Peruvian actor-director Salvador del Solar (“Magallanes”) and Colombia’s Carlos Moreno (“Dog Eat Dog”, “All Your Dead Ones”), directors of “Los Prisioneros”, to be seen in Iberseries in September; and the Vega brothers’ Movistar original series “El Día de Mi Suerte,” about a repressed salsa star Hector Lavoe impersonator who clings to the hope that his luck will change.

Coll exploded with 2009’s ‘Three Days With the Family’, her intimate focus, local setting and knowing description of the environment for almost a decade anticipating the high-profile films of the latest Catalan cinema, such as Carla Simón’s ‘Summer 1993’. and winner of the Golden Bear in Berlin in 2022, “Alcarràs.”

“Welcome Mr. Hollywood,” on the other hand, is a completely different proposition. Set in Iquitos, Perú, in the heart of the Amazon, it pits two best friends, women whose busy lives are suddenly turned upside down by the news that a major director is coming to direct a sequel to ‘ Fitzcarraldo’. “The revelation that the main character is female unleashes the wildest version of themselves as they dream of becoming the chosen actress,” the synopsis reads.

The cast has yet to be confirmed. The project is in an early phase of financing. “With this film we want to step out of our comfort zone and talk about cinema as a factory of dreams; like an epic that reminds us of the delirium in which it covers everything around it, including the fate of people,” Coll and Calleja said in a joint statement.

“Welcome Mr. Hollywood” won’t have this social satire, Coll said. But it will be a “bright comedy” filled with characters “whose life is not easy and suddenly see a ticket to paradise.”

“They don’t always act out of the noblest of feelings — but rather vanity, ambition — yet are highly empathetic, allowing us to recognize ourselves in them and be viewed with a certain tenderness that Berlanga had,” Coll added.

Another influence Coll mentioned is “The Purple Rose of Cairo” by Woody Allen.

Launched in spring 2021 by Aina Clotet, Jan Andreu, Marc Clotet and Marta Baldó, Funicular Films is currently developing a first series of films and series on universal themes – coming of age, fear of death, identity crisis – but made with a darkly comical point of view, said Baldó, who will produce “Welcome Mr. Hollywood” for Funicular.

Although set in Iquitos, “Welcome Mr. Hollywood,” from Diego Vega’s incorporation as co-writer, could take place in many cities of the world, Baldó added.

Coll and Calleja know Latin America, more specifically Mexico, well. Although they met in Barcelona, ​​they shared a flat in Mexico City from 2005-2007. Calleja worked in Mexico until 2016, where she served as an editor for first feature films by directors who have become leading figures of cinema, such as Julio Hernández Cordón (“Gasolina”, 2008), Nicolas Pereda (“Los Ausentes,” 2014) and Katina Medina Mora (“Sabrás Que Hacer Conmigo,” 2015).

Calleja edited — and received a writer’s credit — for Natalia Cabral and Oriol Estrada’s 2021 “A Film About Couples,” part of the Dominican Republic’s growing author’s cinema. She wrote and directed the short film ‘Los días en veranos son más largos’, which received a special mention at the Cartagena Film Festival in Colombia in 2011. Calleja is currently editing ‘Extinció’, her latest short film as a writer -director.

After Coll’s second feature film, 2013’s “We All Want the Best For Her”, Coll, Diego Vega and Valentina Viso co-wrote the Movistar+ miniseries “Killing the Father”, which Coll directed and Calleja edited.