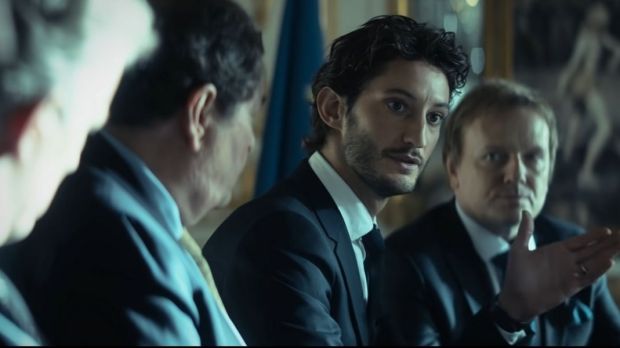 A trio of French films, the melodrama ‘A Family for 1640 Days’, the political thriller ‘Goliath’ and the comedy ‘Adieu Paris’, are released in the US by the New York-based company Distrib Films.

Both “A Family for 1640 Days” by Fabien Gorgeart (“Une vraie famille”) and “Adieu Paris” by Edouard Baer are represented in international markets by Le Pacte.

A Family for 1640 Days, winner of last year’s top prize at the American French Film Festival, centers on Simon, a six-year-old adopted boy who is about to reunite with his biological father. The movie stars Melanie Thierry (“And Therapy”) and Lyes Salem. Distrib Films plans to release the film in early 2023 and have it screened at festivals.

Frédéric Tellier’s ‘Goliath’, represented by Studiocanal, is a thriller in the vein of ‘Erin Brockovich’. Featuring a strong French cast, including Emmanuelle Bercot (“Mon roi”), Gilles Lellouche (“The Stronghold”) and Pierre Niney (“Yves Saint Laurent”). The film centers on a lawyer specializing in environmental law, a lobbyist who works for an international chemical company, and a school teacher turned activist whose husband developed cancer from pesticide exposure. Distrib Films will release the timely film for next spring after a festival run.

“Distrib Films US is pleased to be able to cover films that have more mainstream appeal as it is now more difficult to attract audiences with pure author films like it used to be,” said François Scippa Kohn, president of Distrib Films US.

The company is preparing to release Bercot’s latest film, “Peaceful,” in theaters in the US, starting in New York and LA on October 28 and November 4. The melodrama, starring Catherine Deneuve and Benoit Magimel, will then have a nationwide rollout. Bercot will be in New York for the screening of “Peaceful” on October 17, while Gabriel Sara, the doctor portrayed in the film, will attend Q&A sessions after the New York screenings at Quad Cinema. The world premiere of ‘Peaceful’ at the Cannes Film Festival.