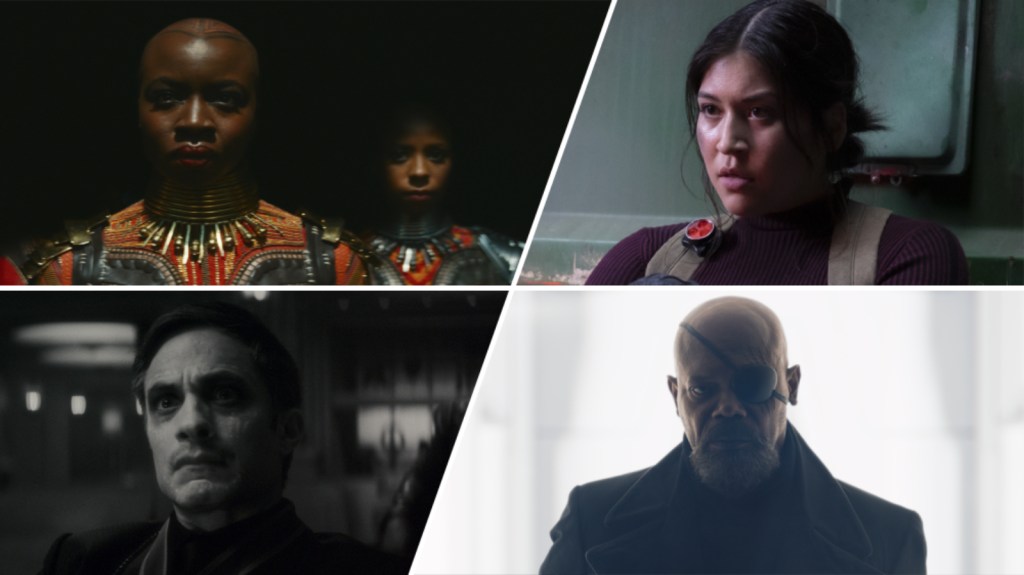 From 2008 to 2019, Marvel Studios released 23 feature films in its Infinity Saga, the most ambitious, cohesive attempt at storytelling ever conceived by a single studio.

Then came Disney+ and the mandate to fill Disney’s streaming service with a regular pipeline of episodic TV series within the Marvel Cinematic Universe. Not only did the result explode in the number of titles within MCU, it also greatly accelerated the pace of storytelling.

As Marvel chief Kevin Feige explained at San Diego Comic-Con in 2022, the MCU’s Multiverse Saga will at least 37 titles in feature films and TV series (live-action and animation), with many more titles yet to be announced. And it will do it in less than half the time: The Multiverse Saga runs from January 2021 to November 2025 – just under five years.

Part of that pace is due to the pandemic, which put the MCU on hold for 2020 and squeezed nine titles in 2021, from the Emmy-winning Disney+ series “WandaVision” to the pandemic’s first multi-billion dollar movie, “Spider-Man: “No way home.” The Disney+ show “Loki” first broke open the multiverse in the MCU, while “Black Widow” and “Hawkeye” debuted two new characters — Yelena Belova (Florence Pugh) and Kate Bishop (Hailee Steinfeld) — who take it upon themselves. have taken their respective heroic nicknames from the OG Avengers that then emerged.

On Disney Plus, we’ll see adaptations of “She-Hulk: Attorney at Law” starring Tatiana Maslany and Mark Ruffalo, “Secret Invasion” starring Olivia Colman and Samuel L. Jackson; a “WandaVision” spin-off starring Kathryn Hahn and a “Hawkeye” spin-off starring Alaqua Cox; a revival of the Netflix series Daredevil; and second seasons of “Loki” and “What If…?”

Several titles are also in development, including a show set in the kingdom of Wakanda, the third “Deadpool” movie, and a “Wonder Man” TV series.

And following the debut of “What If…?”, multiple animated titles are on their way to Disney Plus, including Marvel Studios’ first swing on “X-Men” following Disney’s 2019 acquisition of 20th Century Fox.

For Feige and his team of creative executives at Marvel Studios, the MCU’s post-“Avengers: Endgame” slate represents the most aggressive creative expansion of the Marvel Cinematic Universe since “The Avengers” in 2012 redefined what was possible with telling. superhero stories.

Here’s everything in store – what we know.