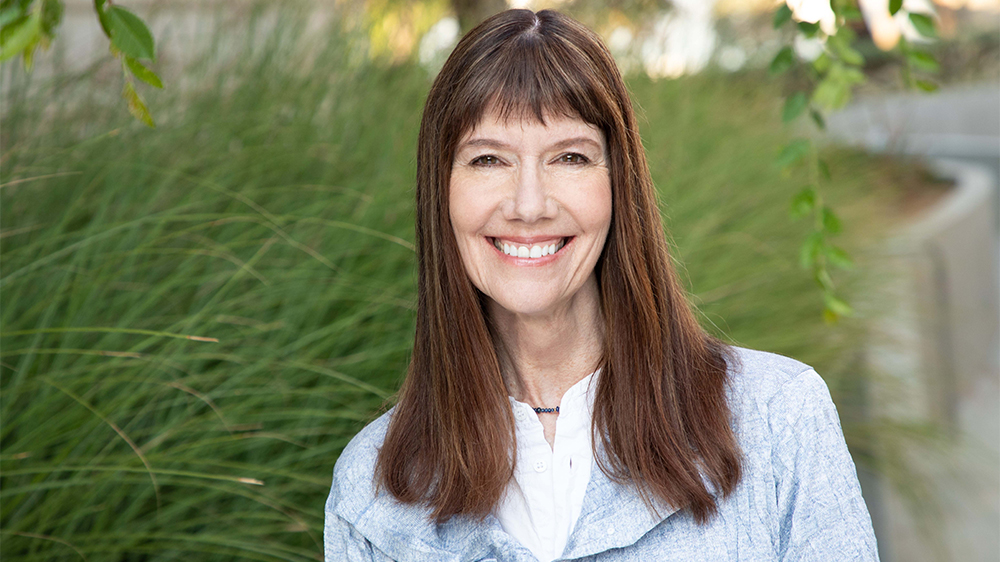 On Friday, during the 18th edition of the Camden Intl. Film festival organizers unveiled a Diane Weyermann Fellowship at the Points North Institute.

Weyermann, the former chief content officer at Participant and former director of the Sundance Institute’s documentary film program, died of cancer last October. She was 66. In addition to an apartment in New York City, Weyermann owned a house on the coast of Maine.

CIFF, run by Points North and ending September 18, will present several films Weyermann has recently produced by the executive, including Laura Poitras’ Golden Lion-winning ‘All the Beauty and the Bloodshed’, Margaret Brown’s Sundance-winning ‘Descendant’ , Steve James’ “My Compassionate Spy”, which recently premiered at Venice and TIFF, and “Lowndes County and the Road to Black Power” by Geeta Gandbhir and Sam Pollard.

“It makes so much sense to show the movie we made with Diane in Camden,” Brown said Variety at a special reception in Camden in honor of the new fellowship. “It’s so close to where she planned to spend time working with filmmakers. I can so feel her presence here, and this Fellowship is the perfect way to honor and celebrate her life.”

Established in honor of Weyermann’s legacy in the international documentary community, the Diane Weyermann Fellowship at Points North will champion filmmakers who create cinematic documentaries that take artistic risks. The program aims to empower a new generation of documentary directors and producers to build a community of support that will help them create important works of art that connect with global audiences.

“We are incredibly honored and grateful for the opportunity to recognize Diane’s tremendous impact on the world of documentary making through this new Fellowship,” said Ben Fowlie, Executive Director of Points North and Founding Artistic Director of CIFF. “Diane has been a beacon to so many throughout her career, and her fervent belief in documentary as a catalyst for social change has been our guiding inspiration. We hope to reflect Diane’s commitment to the community through the Diane Weyermann Fellowship, and to create an environment where we can prioritize two of the most difficult challenges facing documentaries – early, significant and unrestricted funding combined with professional and creative support on long term to enable both the creation of the work and the development of the fellows’ careers.”

Up to three original, feature-length documentaries in production from global film production teams will be selected to participate in an 18-month collaborative scholarship. The resources provided to each fellow’s project include $100,000 in unlimited, non-refundable scholarships, mentorship from accomplished filmmakers and industry leaders, festival retreats, and ongoing professional development – ​​all designed to help complete their films and foster sustainable careers support as artists.

The fellowship focuses on long-term documentary projects that are between the development phase and the early to mid-production phase and that involve a producer.

David Linde, participant CEO, and Kim said in a joint statement. “The Camden International Film Festival was so special to Diane, so it’s the perfect place to celebrate her this way.”

This fellowship builds on Points North’s commitment to supporting the next generation of nonfiction storytellers. Founded in 2016 and building on the success of the Camden Intl. Film Festival (established in 2005, CIFF is the Institute’s largest program), the Institute runs five different fellowship programs supporting nearly fifty filmmakers and 25 projects each year.

“Since Points North launched seven years ago, most of our Artist Program Fellowships have been created specifically to support emerging filmmakers with mentorship, retreats and workshops designed to help them develop stronger artistic voices,” said Fowlie. “The Diane Weyermann Fellowship is an opportunity for us to extend this support to more experienced, mid-career artists, furthering our commitment to developing our own internal pipeline of support.”

For the past three decades, Weyermann has played a pioneering role in supporting the documentary community and shaping the nonfiction landscape during stints at Participant and the Sundance Institute. Oscar-winning documentary, including Davis Guggenheim’s “An Inconvenient Truth” (2006), Laura Poitras’ “Citizenfour” (2014) and “American Factory” (2019), directed by Steven Bognar and Julia Reichert, are among the many projects Weyermann has completed. helped shepherd.

Weyermann joined Participant in 2005 – a year after Jeff Skoll founded the socially conscious production company. For twelve years she was responsible for the production company’s documentary feature film and television programs. In 2017, Weyermann was promoted to president and in 2019 named chief content officer of the LA-based media house, where she was responsible for Participant’s documentary, feature film and television program.