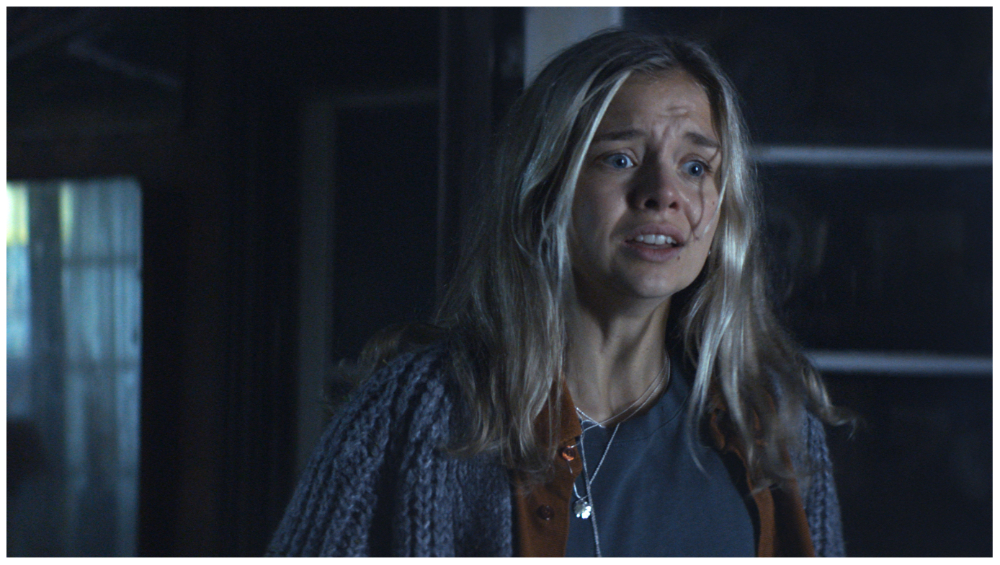 LevelK continues to terrify international distributors with the Finnish horror “The Knocking”, directed by Max Seeck and Joonas Pajunen.

“We have looked at many Scandinavian projects, especially the Finnish one. We definitely see a shift in not only more genre projects, but also in the subjects and the creativity,” said CEO Tine Klint.

“‘The Knocking’ ticks those boxes by providing Scandinavian horror with an original story told through classic genre tropes, which is exactly what buyers are looking for right now.”

The film is produced by Markus Selin and Jukka Helle for Helsinki-based Solar Films, also behind Mika Kaurismäki’s “The Grump: In Search of an Escort”, which scored the biggest opening of 2022 for a Finnish film. As well as the Emmy-nominated documentary “End of a Line: The Women of Standing Rock” by Shannon Kring.

In ‘The Knocking’, three siblings return to their childhood home, where their parents are said to have been murdered. They want to sell it – and the forest around it – but old traumas soon resurface. The film is expected to premiere domestically in February 2023 and will star Pekka Strang, Saana Koivisto and Inka Kallén. The film will be distributed in Scandinavia by Nordisk Film.

“We got the idea for the film when we walked through a forest and listened to the sounds,” says Max Seeck, also an internationally recognized writer. His New York Times bestseller “The Witch Hunter” was chosen by Stampede Ventures.

“Right now, people all over the world are making bad decisions and there is no going back. I think we’re showing the consequences of that, and they’re terrible. For us as individuals, but also for all humanity.”

“We were also inspired by old Finnish stories and myths. So much of it is about ghosts hiding in the woods,” adds Joonas Pajunen.

“This story could be seen as brutal and cruel, but when people decide to destroy nature, no questions are asked – we just do. Again, no one asks questions. It’s a message we wanted to have.”

The debuting filmmakers – and childhood friends – have been considering switching to feature films for some time now.

“We made our first film when we were 15, it was a school assignment. It was a mafia movie called ‘Cosa Nostra’,” laughs Pajunen, with a straight face: “Very original title.”

Many years later, the pandemic gave them the chance to relive the dream.

“But then Max had a beer with Markus Selin. Or coffee, whichever is better for this article. Markus was interested in making a horror movie, he read our script and asked who would direct it. We looked at each other and said, ‘We are’.”

“Our background is quite unusual in this industry. We just came out of nowhere,” says Pajunen.

As Finnish horror continues to spark interest abroad, thanks to Sundance’s discovery “Hatching” or Don Films’ “Lake Bodom,” followed by Teresa Palmer-led “The Twin,” the genre’s sudden revival surprised them.

“We were inspired by Jordan Peele, by ‘The Haunting of the Hill House’, which is also about the trauma of children. It happens internationally, but [when we started] we thought we were crazy to make a horror movie in Finland,” notes Pajunen.

But the duo tried to make sure jumpscares didn’t overshadow complicated family dynamics. Although, in a true Finnish way, many things are still kept secret.

“We wanted it to be interesting, even without the horror aspects. It could be about three siblings who were having a hard time and just trying to get along,” Seeck says, adding Pajunen: “People would tell us, ‘They should talk more about what happened before. .’ No! It’s about not talking! In Finland we call it puhumattomuus.”