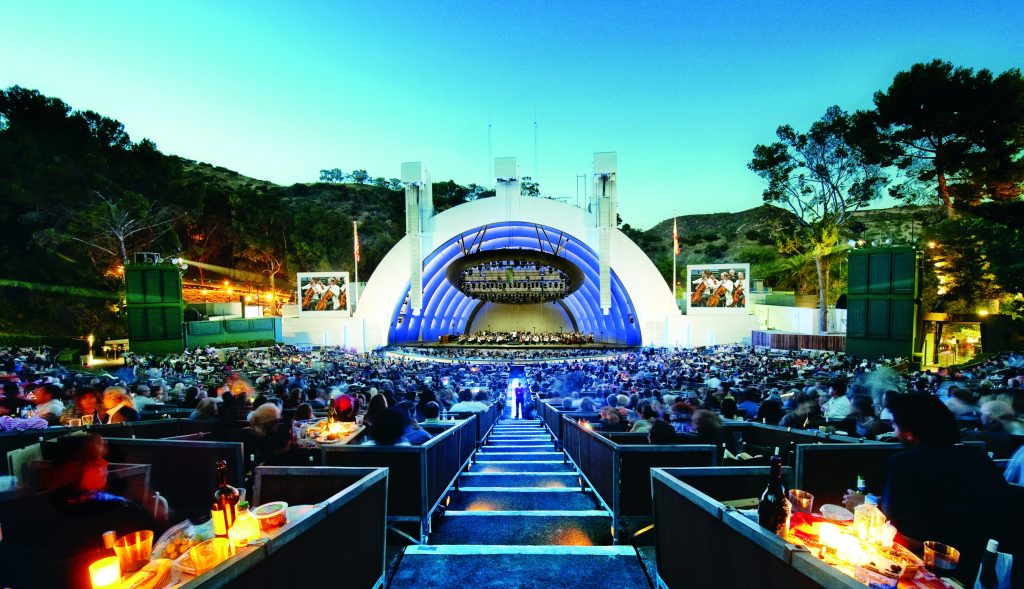 A major fire broke out at the Hollywood Bowl on September 17 as concertgoers left the venue after a “Sound of Music” sing-along.

User videos on the Citizen social media app showed firefighters rushing to extinguish palm trees that had been set on fire. LAFD also requested the California Highway Patrol to close one lane.

The LAFD posted a message on its Twitter page after the fire was brought under control, writing: “That somewhat persistent fire at the @HollywoodBowl, our 1423rd emergency of the day, thankfully only involves vegetation.”

The cause of the fire is not immediately known.

A user who had attended the Saturday night concert wrote: “Leaving the Hollywood Bowl after Sing Along Sound of Music and a small grove of palm trees was on fire. It burned quickly and was barely glowing as people reached their cars in a stacked parking lot. While this was happening, the enthusiastic crowd chanted Do Re Mi in the tunnel.”

Another user described what appeared to be a fire that came without warning, writing, “Fire outside the Hollywood Bowl as we all leave the Sound of Music, sing along, it came out of nowhere – it didn’t burn when we walked out that literally just burned. ”

The Bowl’s season is in full swing with Rock and Roll Hall of Fame nominees Duran Duran recently completing a three-night run.

Last week, John Williams teased a snippet of “Indiana Jones 5” during a concert at the Bowl.