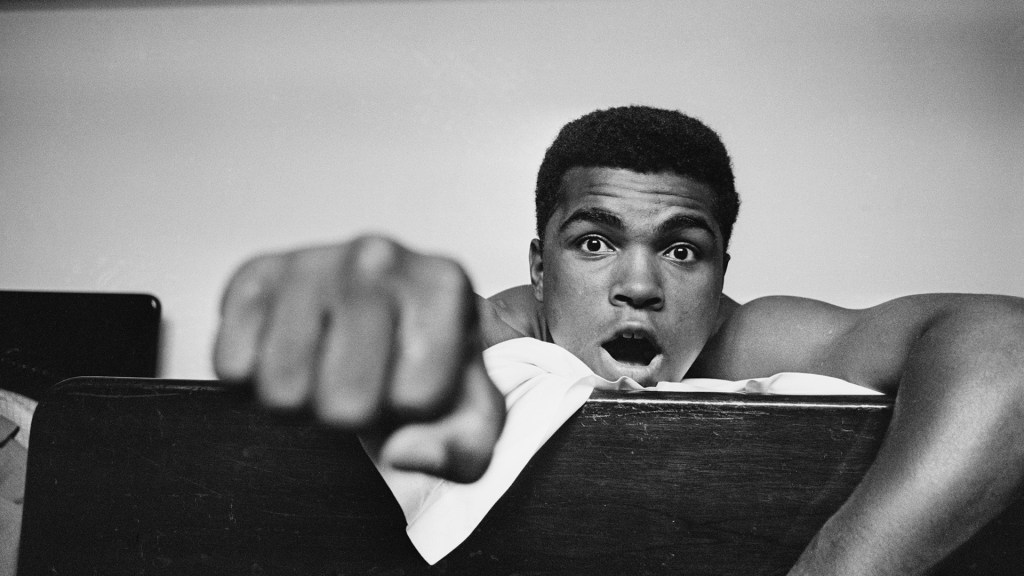 When PBS announced in 2017 that acclaimed documentary filmmaker Ken Burns was hard at work on a four-part docuseries about Muhammad Ali, which will debut in 2021, the news was greeted with great anticipation: one of the movie’s greats on the Greatest. The only hint of criticism came from some who thought Ali’s life was already trodden ground. But four years later—in the wake of a racial reckoning in America that saw the film industry, like so many others, reevaluate its commitment to diversity—the docu community had become significantly less welcoming to the project. As public chatter about a lack of representation and opportunity for people of color peaked, a coalition of 140 documentary filmmakers sent an open letter to PBS in March 2021, expressing Burns’ choice to face what was positioned as the final document on Ali.

“Your commitment to diversity at PBS is not supported by the evidence,” the letter read in part. “If you’re programming a series about Ken Burns’ Muhammad Ali, what chance is there of narrating a series or even a one-off movie by a black narrator who might have a very different take on it?”

It was one of the most talked-about shots in a war that has been raging for years in creative fields, from journalism and literature to documentaries and narrative films: who gets to tell certain stories and who can’t?

For example, Burns recognizes that many communities are underrepresented in important creative roles in the film world. In response to the 2021 letter, he noted that PBS has launched many initiatives to support filmmakers of color and has supported “a multitude of perspectives” for decades. But he is also annoyed by what he sees as limiting views on storytelling.

“I don’t accept the idea that only people of certain backgrounds can tell certain stories about the past,” says Burns, who won an Emmy for docuseries about baseball, America’s national parks, and the Civil War. “One of my favorite quotes around the world is Martin Luther King’s: ‘All men are caught in an inescapable network of reciprocity, bound in a single garment of fate.’ So we all need to see the other and be seen by the other. For far too long many people have not been seen or heard by the other. [But to say] ‘You’re white, how the hell can you do that’, that just violates everything Martin Luther King says. That’s a re-separation of people, which we don’t want.”

On the other side of the debate is Stanley Nelson, the award-winning filmmaker whose work often spans the Black experience, from the Freedom Riders to the Black Panthers to Miles Davis. Nelson, who is African American, states that Burns’ Ali series lacks something by default.

While Nelson admits that “anyone can make any movie they want,” he emphasizes that historically, the proportions have swung sharply in favor of white filmmakers making films about black people — not the other way around. “I dare you to name five films about white people that were made by a black person,” says Nelson.

Still, many documentary makers probably fall somewhere in the middle of this controversial issue, recognizing that race and gender can play an important role in storytelling, while resisting restrictions on the kinds of stories they can tackle on their own.

Oscar-winning director Roger Ross Williams (“The Apollo”) says he doesn’t want to hear that he can’t direct a movie about a white man. “If I tell a story about the African American experience, seeing it through my lens as an African American will be completely different than how a white person tells that story,” Ross Williams says. “It just is. But I make all kinds of movies. I made ‘Life Animated’ and there was no black in that movie. It was about a white, upper-middle-class family, and I can tell that story.”

Chinese-American filmmaker Nanfu Wang is known for ‘Hooligan Sparrow’, ‘One Child Nation’ and ‘In the Same Breath’, all documentaries set in the Asian native country. But most recently, Wang directed the six-part HBO docu “Mind Over Murder,” a true crime series about the murder of a white grandmother in Nebraska and the six white people accused of murdering her. She also opposes the idea that filmmakers cannot tell stories outside of their experience.

“I’m afraid [of] a consensus that only the people who belong to a community can tell the story of that community,” Wang says. “If you could only tell the story of your own culture or your own race, how restrictive and stifling that would be. It will really hurt the art form and the documentary industry. That will make art more boring and homogeneous.”

This hot button problem flared up two years ago when the Black Lives Matter movement gained momentum. At the time, there was an explosive growth in the programming and financing of documentaries due to the steady influx of new streaming services. But behind closed doors, many in the nonfiction community wondered why only a small group of well-known, predominantly white docu-filmmakers took advantage of this.

The topic exploded on social media when HBO announced the release date for “Tiger,” a two-part documentary about biracial golfer Tiger Woods, in the summer of 2020, not long after the deaths of Ahmaud Arbery and George Floyd. The film was co-directed by two white men: Matt Heineman (“The First Wave”) and first director Matt Hamachek. Indian docu director and editor Geeta Gandbhir dismissed the choices, stating that “the entire community must grapple with the issue of systemic racism in our community.”

Oscar-winning documentary filmmaker Alex Gibney, who is white, the executive-produced “Tiger,” faced a wave of criticism — some of which he says was justified — for hiring Heineman and Hamachek.

“The ‘Tiger’ gate episode has made me aware of BIPOC’s lack of representation in the film industry and has boosted my determination to do more to promote diversity behind the camera,” said Gibney. “I just don’t think there should be a rigid match between the gender, color or religion of the filmmaker and the subject of the film. If we believe in the slogan ‘There is no them; there is only us’, then we have to rely on the curiosity and determination of the director, and his/her/their allies and colleagues, to find a path to cognitive empathy.’

Sam Pollard, a black director of films including ‘MLK/FBI’, also produced ‘Tiger’ and initially had no problem with the white director duo. But after the commotion, he reconsidered.

“I support filmmakers of all colors,” Pollard says. “So, when Gibney approached me about the Tiger Woods project on HBO and said that Matt Heineman and Matt Hamachek were going to make the movie, they were definitely white guys. But Hamachek was a real Tiger Woods fan, so he was there for me. perfect for I thought afterwards that maybe they should have had a colored person? [directing]? Possibly. Probably.”

Dawn Porter, a black filmmaker who directed John Lewis: Good Trouble in 2020, says the problem isn’t just about the one-to-one relationship between the story and the narrator. Also in question, she says, is “who gets access to resources.” She continues: “I think if you look closely at healthcare, [around ‘Tiger’]it was, ‘How did someone with no directing experience do? [Hamachek] become co-director of a multi-part series at a very prestigious network?’ ”

“Do sex and race matter when it comes to directing a documentary? Yes, says Porter. “But it’s the beginning of the question, not the end of the question. I don’t believe in color matching. However, I think that every filmmaker should ask himself why he wants to tell a certain story and be honest about what prejudices he can bring into that story.”

Thanks to Sundance Institute

The controversies surrounding “Tiger” and “Muhammad Ali” have continued to reverberate this year: After the Sundance Film Festival premiere of Meg Smaker’s “Jihad Rehab,” which follows a group of former Guantanamo Bay detainees, the film was criticized for trying to to humanize the film. are subjects, while still questioning whether they are criminals — a point of view many people believe perpetuates harmful stereotypes. Some also had difficulty with Smaker, a white director, who approaches the matter from a different perspective than someone from the region. Ultimately, two employees of the Sundance Institute resigned and the organization publicly apologized.

So what’s the solution to this seemingly intractable problem? Some say holistic view. Like all movies, documentaries are a team effort, notes Libby Geist, Executive Vice President of Words + Pictures and head of documentaries. “It’s really important to surround yourself with a diverse group of people who can make sure every T is crossed and you get the story right,” says Geist, who is white. “I’m talking about everyone from the archivists to producers and especially editors. The perspectives of all those people should be different. Otherwise, you really run the risk of developing blind spots that are easily exposed once they come out.

Carrie Lozano, director of the Documentary Film Program at the Sundance Institute, works with filmmakers of all backgrounds and identities to create nuanced docus. “What we’re really interested in is how a director handles ethical issues,” Lozano says. “How do they feel about their positionality towards the subject? And how do they try to bridge any gaps?”

Wang is currently making a documentary in Cuba, despite not being of Cuban descent or speaking Spanish, saying the process involves “a lot of check-ins”. She explains: “I constantly ask myself, ‘Do you fall into the stereotypes you adopted? Do you have enough knowledge? Are you understanding enough?’ You need to be aware and constantly invite more research or opinions from people who are deeply versed in the culture and language so that you can see the things you don’t.”

Ross Williams and Emmy Award-winning producer Geoff Martz founded One Story Up in 2019 to tackle these issues head-to-toe — that is, starting with funding. “Part of the correction has to do with the fact that production companies largely owned by Black are allowed to tell the stories,” said Martz, who is white. Ross Williams adds, “Buyers need to understand that going to a white production company just saying, ‘Go hire a black director’ isn’t the answer. They should support Black-owned companies as much as they support the stories they want to air.”

Gatekeeper diversity is key, according to documentary filmmaker and founder of Motto Pictures, Julie Goldman (“The Velvet Underground”): “We need more decision-making executives who are people of color. Often BIPOC filmmakers are only offered films about people of color. You know that the playing field is leveled when BIPOC filmmakers are also offered projects on white subjects and not always the other way around.”

This article first appeared in TruthSeekers, a collaboration between Variety and Rolling Stone.