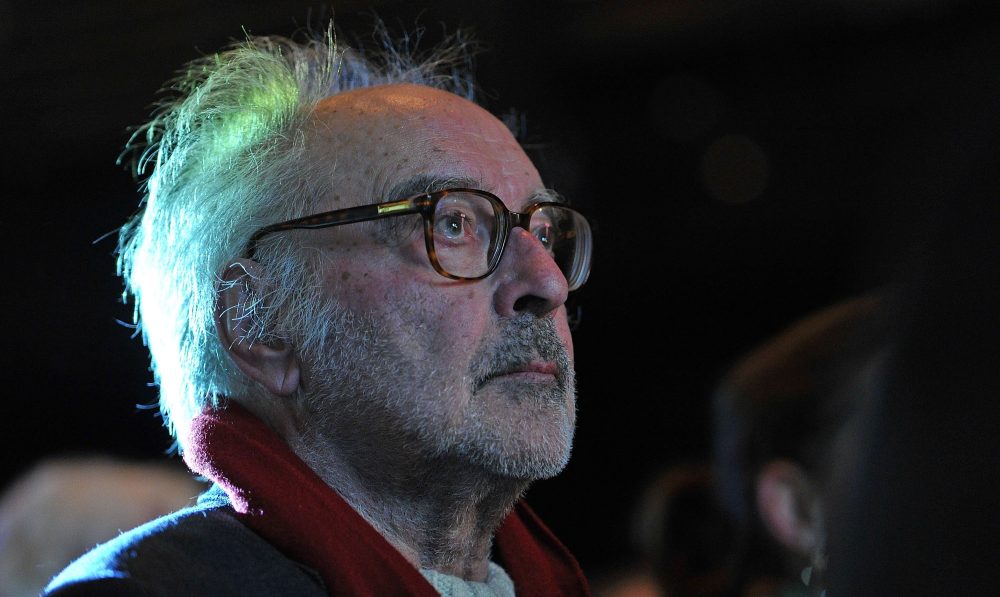 It was a leap of faith.

When Isabelle Huppert started working with Jean-Luc Godard on ‘Every Man for Himself’ from the 1980s, there was no script she could consult.

“There were only fragments of scenes, poems, songs and paintings,” she recalls. “I just knew my name in the movie was Isabelle.

But Godard was a legend at the time, helping to pioneer the French ‘New Wave’ movement with the likes of ‘Breathless’ and ‘Contempt’ and then taking an even more daring and experimental stage in films like ‘Weekend’ and ‘Masculin ‘ in. female.” Something about their partnership was working. “Every Man for Himself” was a rare commercial success for the author, marking a milestone in Godard’s career as the first film to be presented in competition at Cannes and the first to be nominated at the Cesar Awards (France’s highest film accolades). ). Huppert would reunite with Godard for his follow-up film “Passion,” another critically acclaimed film, which presented him with an honorary Cesar Award in 1987. Godard died on September 13 at age 91, and Huppert spoke to Variety about her artistic collaborations with the filmmaker and his legacy.

Did he give you a script?

Oh no, there was no script with Jean-Luc Godard. You know, nothing happened as usual. There wasn’t a script until much later towards the end of shooting. There were only fragments of scenes, poems, songs and paintings. I just new my name in the movie was Isabelle.

How did you meet Jean-Luc Godard?

Our first meeting was on the phone. He called me and said he wanted to meet me for a movie. A few minutes later he was literally at my house to talk to me about this movie. Everything flowed from there, of course. But not right away.

The first movie we made together, “Every Man For Himself,” was a movie he liked to call his “second first movie.” It was for him a comeback to a more classical form, if we may use this adjective to talk about Godard. But it came after a long period where he did more experimental work, also more political work.

We didn’t do it right away because I was going to film “Heaven’s Gate” with Michael Cimino. And then he came to visit me in Montana. The recording of “Heaven’s Gate” dragged on for a bit and so Jean-Luc Godard traveled there to keep a band, see me and talk as time passed.

Where have you been eager to collaborate with him before he even approached you with this project?

Yes of course. I think while I don’t want to speak for all the other actresses in the world, for many of them, and for me at least, sharing a moment in one’s life as an actress with Jean-Luc Godard is an experience that is totally exceptional. I certainly wouldn’t have missed that. I made two films with him and they were special moments in my life.

What memory do you have of making “Every Man For Himself”?

I remember moments, but not one in particular. In his movies, he made us talk a certain way and we always ended up talking kind of like him. He had a certain way of talking. He was in fact very directive, very precise – he wanted us to deliver some lines with a certain tone, to make them sound a bit like quotes or oracles. So that they resonated more than simple lines in a dialogue. It was a way to give some weight to what we said.

So I remember this necessity of his. And many harmonious moments. I never had any problems filming with Godard. Maybe others did, but not me.

Were you allowed to improvise while filming?

Not at all. He knew exactly what he wanted. He is not one to have the slightest hesitation. At least that’s the impression he gave to others. I can imagine it was definitely more insecure in his head. I re-watched a video where he said, “Knowing isn’t important.” So I’m not sure he would like it if I said he knew what he wanted.

You worked with him again on ‘Passion’. I read that he made you stutter and that you even had to go to the speech therapist a few times.

Yes, he wanted me to stutter because he thought the working class stuttered. I thought it was a little violent at first. I didn’t do it on every scene, but I did on some. It was a conceptual way of showing the difficulties facing the working class and put me in this position of vulnerability and fragility. Jean-Luc Godard is someone who has worked a lot and he wanted us to work a lot too. He did not like dilettantism.

Did he give you homework while filming?

Yes, he wanted us to give him ideas, write down things that occurred to us. I thought it was funny, and at the same time I thought he had plenty of ideas of his own.

It was clearly very flattering. His level of urgency always matched the way he saw people, which was very reassuring.

His films almost always had a political resonance. Why is an important aspect for you?

His way of making films was very political. Like any great artist, he was political in the way he disrupted the narration, the linear form of traditional storytelling, the montage. The form of his films was so daring and innovative that it was political. And that’s why he became Jean-Luc Godard.

He also made some films that were more overtly political than others. He made some statements that were also very political. For example, at the Cannes Film Festival, where he said the working class was underrepresented in French films.

What do you think of the last few movies he directed?

I find them as overwhelming, interesting and predictive as ever. Until the end, he asked. He was a visionary. That’s why we’re all a little orphaned now that he’s gone.