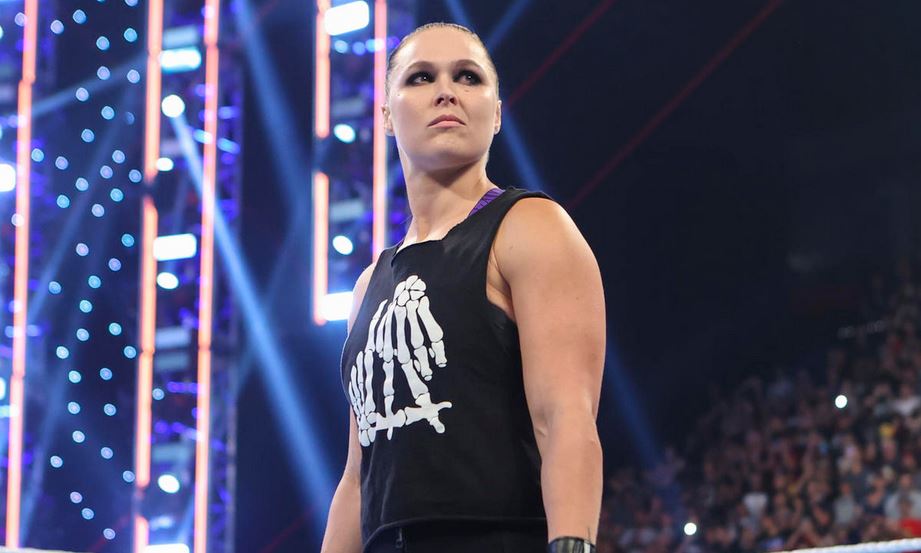 WWE superstar and former multiple women’s champion Ronda Rousey spoke about her WrestleMania 38 matchup with Charlotte Flair in the latest edition of her vlog, including the Baddest Woman on the Planet who called the fight a potential cult classic. Rousey explains why her encounter with The Queen reminds her so much of Davie Bowie’s hit film, Labyrinth. Highlights can be found below.

Thinks her WrestleMania 38 match against Charlotte will be revered as a cult classic, just like the movie Labryinth:

The first time I watched the match it was on my phone with the sound off when I was trying to put Po to sleep. She was eating. I was like, ‘Hmm.’ Then I watched it again later and thought, ‘Oh.’ I think it’s going to be one of those cult classics. It’s going to be like The Labyrinth of Matches.

Why she loves the movie Labryinth:

When it first came out, everyone thought, ‘What the hell? Why does David Bowie have a giant codpiece and talk to our kids?’ Later you realize something amazing about it every time and it makes it one of your favorite movies ever. Sometimes I have to watch it and sing ‘You Remind Me Of The Babe’. That’s how I feel about that game. Every time you look at it, you discover something new about it. Rewatchability is something that is very important in movies. The labyrinth, an example.