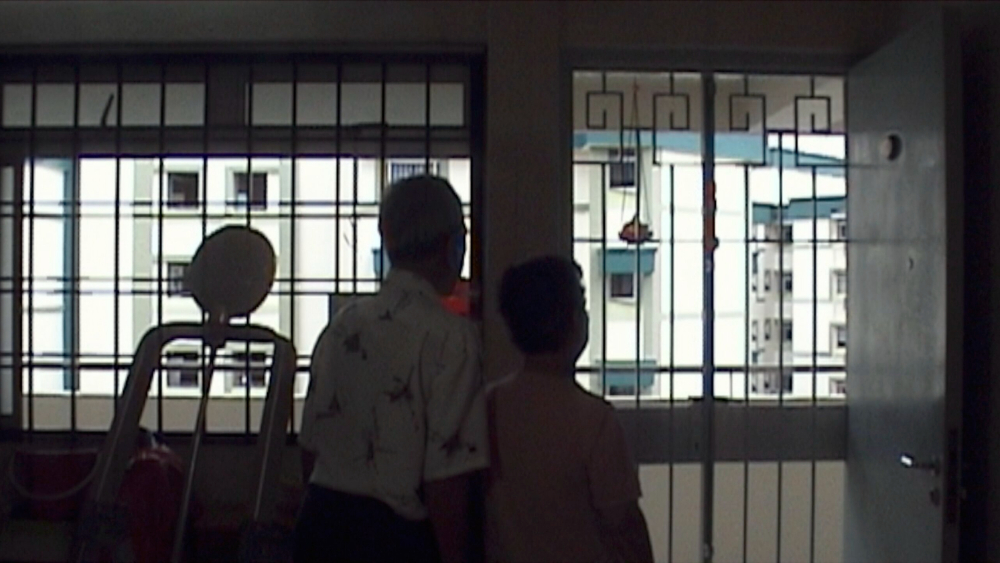 Prolific Singaporean producer Jeremy Chua and filmmakers John Clang and Lavender Chang reunite after “A Love Unknown” (2020), which Clang directed and Chang shot. This time, they team up for ‘Absent Smile’, co-directed by Chang and Clang, which will have its world premiere at the Singapore International Film Festival.

Clang is based in New York and visits his parents in Singapore intermittently. “Absent Smile” is a document of Clang’s parents and their mixed feelings of desire but support for their son, using the format of family portraits augmented by digital assets.

“Aging and divorce are common events that many go through in our time. It is a theme that is close to our hearts and that we may also avoid bringing it up. While modern technology seems to caress our longing for our loved ones, it also fuels the reasoning for the extended absence. However, this absence of our loved ones marks a length of time that has been irretrievably lost forever. In this film, we try to capture a single day of the elderly couple with continuous observation, hoping to capture the nuance and underlying dynamics in their daily lives in the absence of their son,” Clang and Chang shared. Variety.

The film is also based on Clang’s art project ‘Being Together’.

” ‘Being together’ was done to show the diaspora situation shared by many families and how we adapt and take advantage of the technological advancements, which reflect our times.

“When Clang made that artwork, he had already decided ten years later to do something with the footage. Although he had no concrete idea of ​​what he wanted to do, he knew he would like to see how the family had changed and aged ten years after the first portrait session. The film is therefore not about the art project ‘Being Together’, but takes on a life of its own. We want to see the moment after the end of the portrait session where someone goes about their daily life, and in this case ten years later,” Clang and Chang added.

Premiering in Singapore is important to the directors. “This movie features a lot of local families and it’s a great time capsule to bring them back to that portrait session. Much may have changed since then, but the close-knit family value will remain. It will be a very meaningful experience for all of us,” said Clang and Chang.

The film was self-financed through sales of Clang’s artwork by his longtime collaborator and producer, Elin Tew.

Chua said: “I find their approach to documentary innovative and unexpected. Their film practice tackles complex observations of society through delicate portraits of unassuming characters, filmed and edited with an intimate handcrafted texture, then juxtaposed meta or hybrid elements to create tension and fresh perspective in the edit. In this case, a story that does not immediately reveal itself, told between two timelines about the aftermath of a family portrait where themes emerge from subjective interpretation and introspection. I think it’s a poignant look at getting older, missing a loved one and how time passes in the present day – themes that I think are downplayed by my generation.”

“Absent Smile” is yet another addition to the burgeoning list of Singaporean films on their way to international acclaim. “I think it reflects a time when filmmakers can find their own voice and also feel more confident in their identity as Singaporeans. We have less history than our neighbors so it’s easy to be seen as the ‘shallow’ brother in Southeast Asia. It takes time and courage to know that it’s okay to just be who we are and that we have something to share with the world,” said Clang and Chang.

Chua added: “Maybe there is a new generation of directors who dare to be more ambitious with long storytelling and have better access to information and co-production opportunities. The mindset has evolved to become more worldly wise. On the contrary, that’s why I find self-financed, artist-driven films like ‘Absent Smile’ so precious. It almost rebels against the typical structure and textbook of how to produce a movie. And this is precisely the diversity that makes independent cinema in Singapore rich and exciting.”

Chua is currently in post-production on four feature films while in development with a new group of directors: Rafael Manuel, Russell Morton and Liao Jiekai. Clang and Chang have started a new documentary about family, which will take several years to complete as it relies on the passage of time to shape the film’s story.