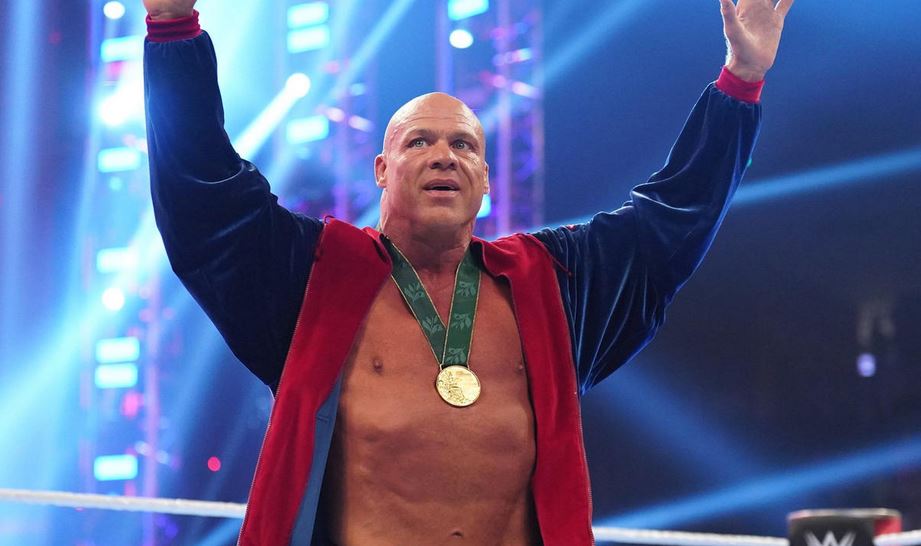 WWE Hall of Famer Kurt Angle recently joined The Wrassingh show for an in-depth talk on all things pro-wrestling, including his thoughts on AEW and why he believes the promotion needs a little more structure and needs to stop their “wild west”-esque behavior. Check out the Olympic Hero’s full thoughts on the subject in the highlights below.

Says AEW is like the Wild West because there isn’t too much structure:

Compared to WWE, which he says is a tightly run ship:

“I don’t know… by putting the wrestlers in charge of their own promos and pre-tapes… and even their matches, I don’t know if they have agents for the matches, producers for their matches. So I think they should be overlooked, the talent. That’s what makes WWE so good, why they are so organized and why the show is always so tight.”