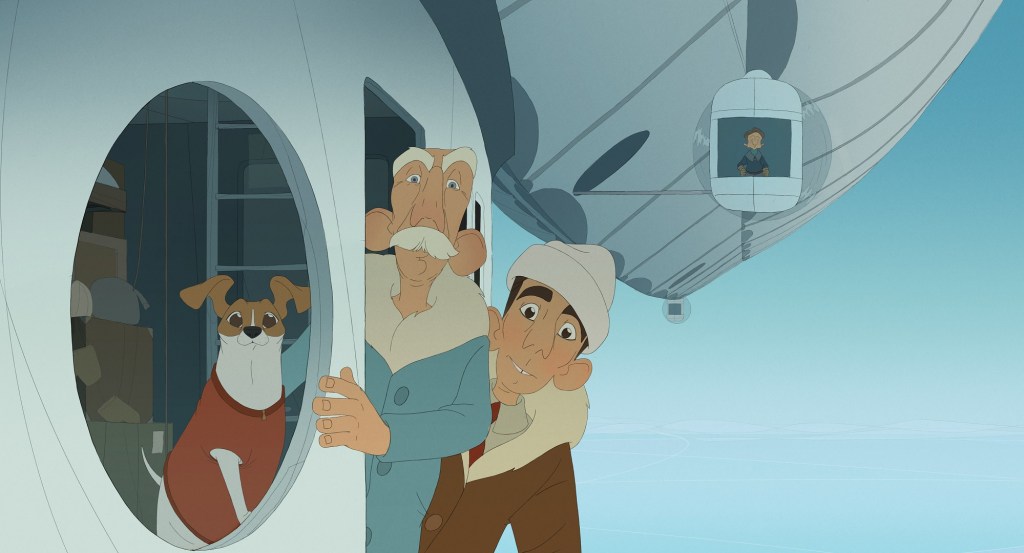 Les Films du Losange has secured a string of big deals for Kasja Naess’s animated film “Titina”, which is being produced by the teams behind the Oscar-nominated film “The Triplets of Belleville” and the Oscar-winning short film “The Danish Poet”.

“Titina” will have its world premiere at Animation Is Film Festival, taking place October 21-23, and is produced by GKids, in association with Annecy International Animation Film Festival and Variety.

The Norwegian animated film, with a budget of $8.5 million, was produced by Mikrofilm (“The Danish Poet”) and Vivi Film (“The Triplets of Belleville”). The film tells the true story of a fox terrier who accompanied her master on an expedition to the North Pole in a hot air balloon in the 1920s. It will be released in Norway by Norsk Film Distribusjon and in France by Les Films du Losange.

The film follows Umberto Nobile, an Italian airship engineer who lives a quiet life with his beloved dog Titina. One day, Norwegian explorer superstar Roald Amundsen contacts him and orders an airship to conquer the North Pole. Nobile seizes the opportunity to go down in history. He takes Titina with him, and the unlikely trio embark on an expedition to the last undiscovered place on Earth.

Commenting on the selection of “Titina” at the Animation is Film Festival, Naess said that “so many people have worked so hard to make this film happen, and I am grateful for all the love, energy and artistic talent invested by all the artists. involved every step of the way, from storybarders and designers to the animators and all the way to music and sound design.”

Here’s the trailer for “Titina:”