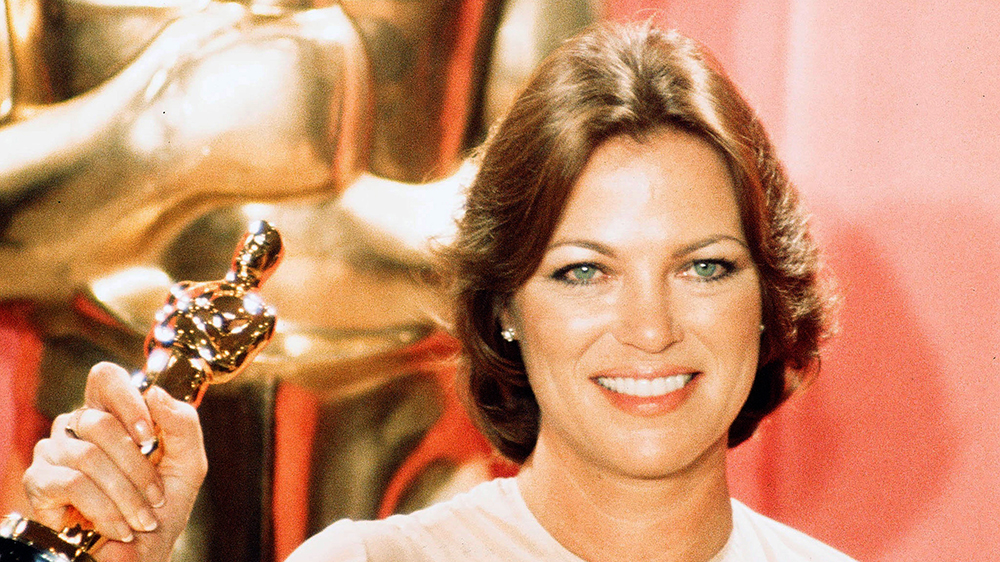 Louise Fletcher, who won the Academy Award for Best Actress for her indelible role as Nurse Ratched in Milos Forman’s “One Flew Over the Cuckoo’s Nest,” died Friday at her home in France, according to a representative. She was 88.

Based on the novel by Ken Kesey and exploring the repressive tendency of authority through the story of the patients and staff of a psychiatric ward, the classic film won five Oscars in 1976, including Best Picture and Best Actor for Jack Nicholson.

“One Flew Over the Cuckoo’s Nest” was the first film in more than four decades to win the major Best Picture, Director, Actor, Actress and Screenplay categories. It was nominated for a further four Oscars and was also a substantial blockbuster.

In the American Film Institute TV special “AFI’s 100 Years…100 Heroes & Villains,” Fletcher’s nurse Ratched was named the fifth-greatest villain in movie history—and the second-greatest villain, behind only the Wicked. Witch of the West.

Ironically, the Ratched character in the script was softened compared to Kesey’s original, and Fletcher gave a rather subtle performance, often conveying the character’s emotions simply through facial expressions, which is why she deserved her Oscar in the first place. . The actress even allows us to feel sorry for Ratched at more than one key moment in the film.

In a 2003 re-evaluation of “Cuckoo’s Nest,” Roger Ebert stated that despite the Oscar, Fletcher’s performance “isn’t appreciated enough. This may be because her nurse Ratched is so thoroughly despicable, and because she so fully embodies the qualities we all have. (men and women) have learned to fear in a certain kind of female authority figure – a woman who has absorbed sexuality and humanity into duty and justice.”

It could be argued, however, that the role of Nurse Ratched and the Oscar the actress deserved for that performance ended up doing Fletcher more harm than good: in a review that found the horror film “Flowers in the Attic,” which starred the actress in 1987, opined. a frustrated and unsympathetic Washington Post writer: “Fletcher should talk to her agent about these stereotypical ‘bad’ roles, in which she has become more and more annoying.”

But Fletcher may have begged her agent for a wider variety of roles in vain.

She most recently appeared in the 2013 film ‘A Perfect Man’ starring Liev Schreiber and Jeanne Tripplehorn.

On TV, Fletcher had played family matriarch Peggy “Grammy” Gallagher, a scheming ex-con who still wanted a relationship with her grandchildren, in Showtime’s “Shameless.” The actress returned on “Star Trek: Deep Space Nine” as the scheming, double-hearted spiritual leader Winn Adami from 1993-99, on cult sci-fi “VR.5” from 1995-97, and on “ER” in 2005.

She was nominated for an Emmy for guest starring roles in Picket Fences in 1996 and Joan of Arcadia in 2004.

Fletcher had returned to acting in 1974 after raising a family for more than a decade and landed a supporting role in Robert Altman’s “Thieves Like Us,” which Pauline Kael called “impressively strong,” but the actress had no fame in Hollywood when she was was cast as Ratched.

Angela Lansbury, Anne Bancroft, Ellen Burstyn, Colleen Dewhurst and Geraldine Page had all turned down the role of Ratched, all fearing the potential effect on her career.

Director Milos Forman happened to see Fletcher in “Thieves Like Us”.

“She was all wrong for the [Ratched] role, but there was something about her,” Forman later wrote in his memoir. “I asked her to read with me and suddenly, beneath the velvety exterior, I discovered a toughness and willpower that seemed tailor-made for the role.”

Fortunately, there were some opportunities to escape the typecasting.

She exonerated herself well in the 1978 noir parody ‘The Cheap Detective’, starring Peter Falk.

In the 1979 drama “Natural Enemies,” she starred with Hal Holbrook, a husband who murders his family. Critic Richard Winters wrote that Fletcher is “pretty good at playing the opposite of her Nurse Ratched character. Here she is vulnerable and fragile rather than rigid and authoritative and even has a scene in a mental hospital as a patient. The fact that she can play such different characters so well proves what a brilliant actress she is.”

In 1999’s “Cruel Intentions,” she played a genial, warm-hearted aristocrat from Long Island.

Other film credits include “Exorcist II: The Heretic,” starring Richard Burton and Linda Blair; sci-fi “Brainstorm”, with Christopher Walken and Natalie Wood; “Firestarter”, starring a young Drew Barrymore; and “2 days in the valley.”

Estelle Louise Fletcher was born in Birmingham, Alabama. Her parents were deaf; she was introduced to acting through the aunt who taught her to speak at the age of 8. Fletcher attended the University of North Carolina; after taking a cross-country trip, she was stranded in Los Angeles and soon stumbled upon acting.

The young actress made her film debut in 1958 with appearances in ‘Playhouse 90’, among other television shows. The following year she was a guest in ‘Maverick’, ’77 Sunset Strip’ and ‘The Untouchables’. She appeared twice in “Perry Mason” in 1960, but by 1963 she had left her career, at least for the time being, after making her feature film debut in “A Gathering of Eagles.”

In 1973, after raising her children, she resumed her profession with a guest appearance at “Medical Center.” After making a TV movie, she landed a supporting role in “Thieves Like Us” – a movie her husband, Jerry Bick, was producing.

Fletcher’s life story served as the inspiration for one of the main characters in Robert Altman’s 1975 classic film “Nashville” and would play the character when Bick and Altman got into an argument.

Fletcher was married to Bick, a Hollywood literary agent who later became a producer, from 1959-78. He died in 2004. She is survived by her sons John Dashiell Bick and Andrew Wilson Bick.