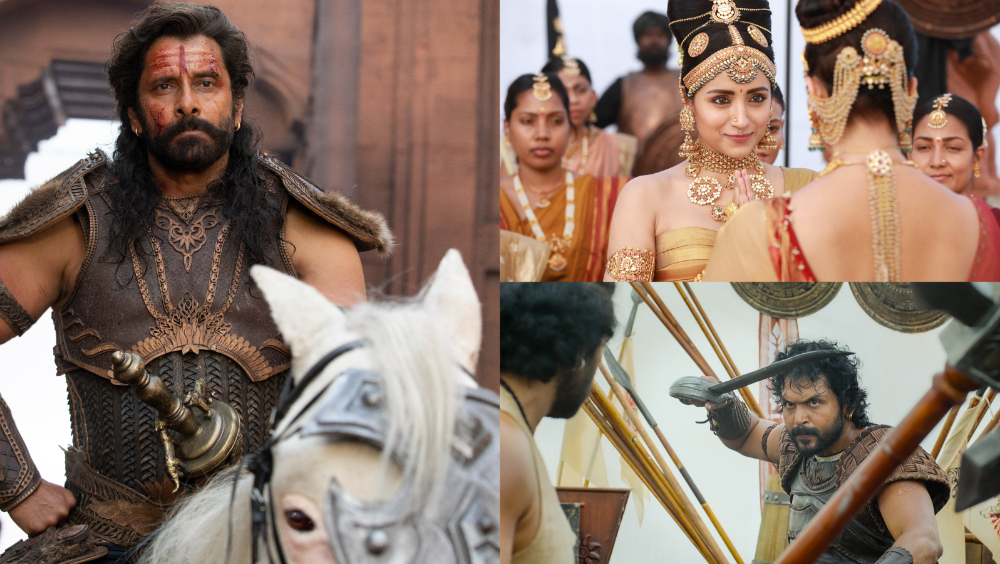 Ratnam, one of India’s most celebrated filmmakers whose films include ‘Nayakan’, ‘Bombay’ and ‘Iruvar’, read the novel when he was in high school and wanted to make it ever since. After the huge critical and commercial success of “Nayakan” (1987), when the lead actor of that film, Kamal Haasan, wanted to make another movie with Ratnam, the filmmaker considered “Ponniyin Selvan”, but the stars did not rise at the time. a line.

“After ‘Chekka Chivantha Vaanam’ it happened – when Lyca asked what I intended to do, I told them, without intending to do anything, but I would like to do ‘Ponniyin Selvan’ and Subaskaran said yes – and then began it,” Ratnam told Variety.

The story is set in 10th-century India during a tumultuous time in the Chola Empire when power struggles between different branches of the ruling family caused violent rifts between the potential successors to the reigning emperor and civil war was imminent. All the political and military turmoil led to the Cholas becoming the most prosperous and powerful empire in the continent and one of the most successful and long reigning in history.

“Ponniyin Selvan” was serialized in Kalki magazine between 1950 and 1954 and was published as five novels in 1955. Ratnam has condensed it together with Elango Kumaravel and B. Jeyamohan into a film that will be released in two parts.

“The adjustment was not the easiest task – he is… [Krishnamurthy] We wrote it in such detail and in such an expansive way that we had to grab the heart of it and stick to it and do it as one stream,” Ratnam says.

“It is as realistic as we can get, in that the book is practically written from an ordinary man’s point of view. It is from his eyes that the book sees it, and that gave us a perspective,” added Ratnam. “And so more or less, that’s the angle we’ve chosen. There are no superheroes in this. There are no obvious villains in this one. They are all people of gray tones. It’s like an Alexandre Dumas. That’s how I see it. It’s an adventure, it’s intrigue, it’s fascinating characters. It’s meant for the big screen.”

In the age of epic, big-budget streaming shows, Ratnam wasn’t tempted to adapt the five books as a series. “From the first time I read the book, when I finished school, it sounded like a big screen experience. When I read it, I saw these larger-than-life figures filling the screen,” says Ratnam. “I thought this story was demanding to be shown on the big screen. And so there was never a doubt or a thought of doing it for streaming, I’ve always wanted it as a feature film.”

“Casting becomes very important, especially in a movie like this, where someone has to wear a period look convincingly and be the face of that character, the physical presence of that character. And these characters have been in people’s minds for so long — whoever’s read the book, they’ve owned it all,” Ratnam says. “So being able to put a real face and body language on it is going to be really crucial. So the casting took some time.”

Rai Bachchan plays the central role of Nandini in the film. “As for Nandini, one of the first people that came to mind was Ash, it was just a question of whether she had the time and enthusiasm to do it. So once we asked, and she said okay, it was all up and running,” says Ratnam. Rai Bachchan previously had lead roles in Ratnam’s ‘Iruvar’ and ‘Guru’.

“Ponniyin Selvan: 1” is produced by Madras Talkies and Lyca Productions with Siva Ananth as executive producer. It features music by Oscar, BAFTA and Grammy winner AR Rahman and cinematography by Ravi Varman. It will be released on September 30 in regular and IMAX format in India and worldwide in Tamil, Hindi, Telugu, Malayalam and Kannada languages.

The main shots of “Ponniyin Selvan: 2” have also been completed, and the film will be launched after the release of the first part with a view to a release in six to eight months, Ratnam said.

“Ponniyin Selvan: 1” is one of the films the Indian industry is counting on to bring audiences back to cinemas after the pandemic.

“What we’ve all been through is something very profound, the pandemic is truly earth-shattering and it’s terrifying. It takes us a little longer to settle down, to get back to normal,” Ratnam says. “But I think when something big and intriguing pops up around the world, people are ready to step back into the scenes. I hope “Ponniyin Selvan” will do the same.”