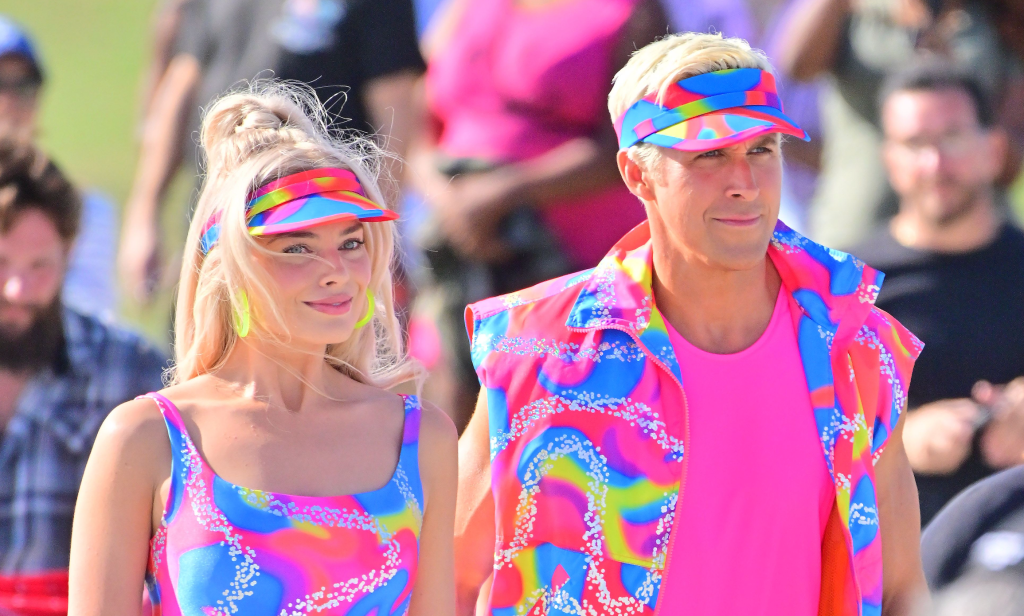 For a while over the summer, you couldn’t log onto social media without seeing photos of Margot Robbie and Ryan Gosling in neon spandex costumes on the set of Greta Gerwig’s upcoming ‘Barbie’ movie. The leaked set photos, captured by dozens of paparazzi in Los Angeles, broke the internet for weeks. Robbie called the photo leaks “humiliating” during a recent interview with Jimmy Fallon on “The Tonight Show”.

“By the way, I can’t tell you how mortified we were,” Robbie said when Fallon showed viewers a set photo of “Barbie” (via IndieWire). “We look like we’re laughing and having fun, but inside we’re dying. Dying. I thought: this is the most humiliating moment of my life.”

When asked if she ever thought the “Barbie” set photos would dominate the internet buzz as they did, Robbie replied, “No! I mean, I knew we had to shoot some exteriors in LA. I knew that as was doing your exteriors, you would be pampered there will probably be a small crowd of people who will notice because you know we kinda stand out in those outfits so i knew there would be a little bit of attention and that probably some pictures would come out, but not as was the case.’

Robbie concluded, “It was like crazy. It was like hundreds of people were watching all the time.”

“From the beginning we had a sleepover for the Barbies, where we would play games with Scott [Evans] and Ncuti [Gatwa]’, Mackey revealed earlier this year about the prep needed to make ‘Barbie’ prior to filming. “I don’t usually play games because I get so competitive and angry. But Scott and I were the best in the game.”