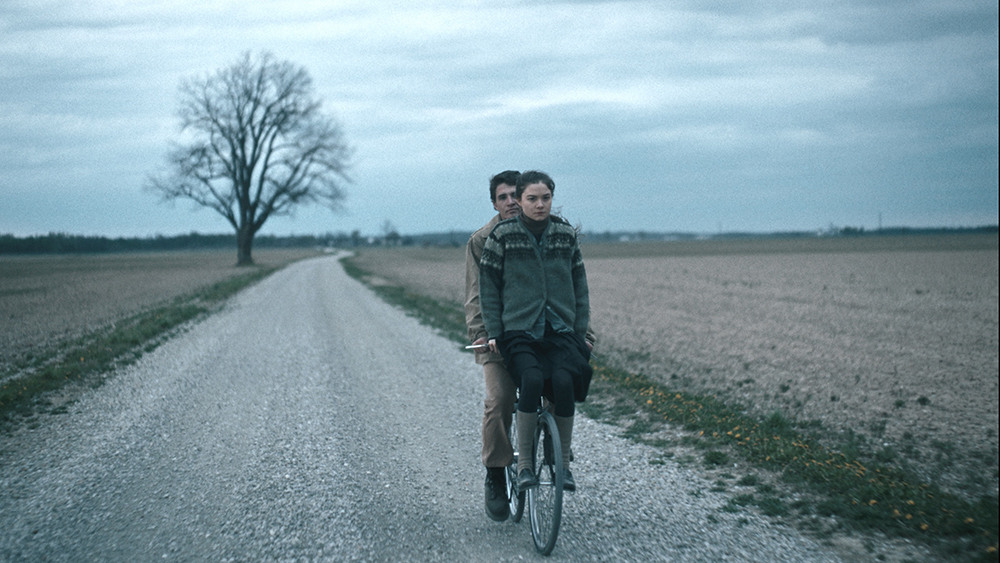 Fresh off screenings in Toronto and San Sebastian, American director Marian Mathias is still surprised that her feature film debut “Runner” has bonded with audiences and programmers alike.

“I was thinking about it last night. How do I navigate these waters as a young filmmaker – and I have a very fresh take on the scene? Do I stay true to my voice or do I shift to please others?” the director wonders.

“I decided to be more authentic about what I find interesting. I am so happy that there is room for this at these festivals.”

After a girl named Haas (German-born Hannah Schiller), raised by a single father somewhere in Missouri and weighed down by his manic behavior, Mathias wanted to focus on brief encounters that could change everything, she notes. After her father’s death, Haas has to bury him in his hometown. There she meets Will.

“That’s the core of the film: it’s about two strangers who find each other, change and leave each other,” she emphasizes.

“It’s just a boy who offers Haas a ride on his bike. But to her, it’s a small act of kindness. You can really make an impact on someone’s life if you make room for others.”

“I like a straight line or a clear horizon. It is where the earth meets the sky and the dead meet the living. There was this house on a lonely plain in rural Indiana, and it really reminded me of that painting. It’s one of those happy accidents that ends up being a beautiful nod.”

But while her film appears to be set after World War II, with her characters humming “I Saw the Light,” she wanted it to feel “atemporal,” Mathias says.

“It can be a contemporary story, it can be a historical story. My family is also from the Midwest and many of these places feel a bit suspended in time. Maybe that’s where it comes from.”

Haas is forced to stay in a small inn while waiting for her father’s funeral. She also meets Baggy: a “lonely cinephile” who lives by the characters that populate his small TV set.

“He’s one of my favorite characters,” admits the helmer. Baggy is played by “The Hateful Eight” actor Gene Jones, soon to be seen in “Killers of the Flower Moon”.

“He wants to get in touch” [to Haas] but he doesn’t know how. To me, that’s the most heartbreaking thing about modern times. People want to connect, but it gets so much harder.”

Yet her characters in her film do match. And it allows them to move forward eventually.

“Haas holds on to the promise that her father was a good man. What would he be like as a young man? Maybe getting to know Will will help her get to know her father? I wanted to show the cyclical nature of life, how it goes on with or without you.”

Their relationship, based on silences and small gestures (“the devil is in the details”, laughs Mathias) remains ambiguous until the end, between love and friendship.

“There is one chance when after meeting Will the sun shines on her face and she smiles. And then it’s dark again. I’ve always been fascinated by pushing and pulling sadness and joy,” added Mathias.

“It’s a question of whether you’re an active character versus a passive character. It’s easier to just let your life happen, but you can also change it. Haas is named after my grandmother, who had Swiss-German roots. She roughly translates it as “rabbit” or “runner.” Ultimately, she chooses her own destiny.”