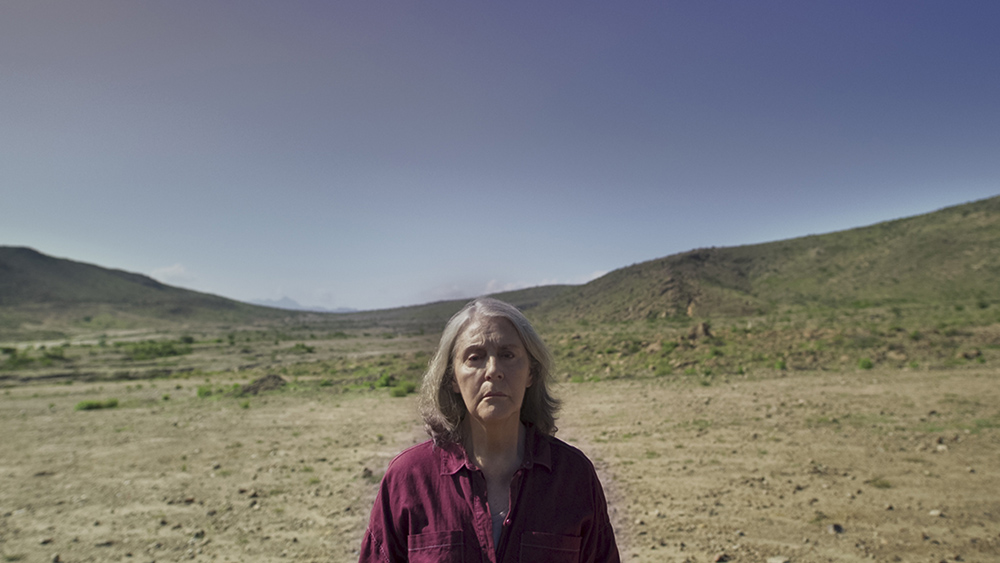 Eight of the 10 directors in the Morelia Festival’s main Mexican competition are women, led by two of the biggest Mexican festival hits of the year, “Robe of Gems”, Natalia López Gallardo’s special jury award winner in Berlin, and “Huesera”, by Michelle Garza Cervera, a double Tribeca winner.

According to Imcine’s Mexican Cinema Yearbook, there are movies with indigenous or black Mexican protagonists in Mexico, from 14 in 2019 to 31 in 2019.

In 2017, Mexico’s biggest hit homegrown was Nicolas López’s “Do It Like an Hombre,” a merciless mockery of a Mexican macho’s helpless homophobia, which grossed $11.0 million in the country.

An entrenched bastion of machismo for centuries, in movie terms the dial is finally moving on diversity.

“When I started, about twenty years ago, I could count with my fingers the female directors I knew in Mexico; and today there are nearly 100,” says Natalia Beristáin, director of the 2017 Morelia Audience Award winner “The Eternal Feminine,” a portrait of the great Mexican writer Rosario Castellanos, and now the Netflix-backed “Noise” (” Ruido”), which will have its world premiere this week in San Sebastián.

“The urge for diversity is ‘starting, it’s definitely something I’m feeling more and more as a filmmaker,” adds Beristáin.

“When I was growing up you could see LGBTQ movies by Jaime Humberto Hermosillo and Julián Hernandez, but there were very few movies, you had to see them almost hidden and then wait months for the next LGBTQ movie to be released,” Bruno recalls. Santamaría, winner of Hugo’s Gold Best Doc at the 2020 Chicago Festival for ‘Things We Dare Not Do’.

Now, on the other hand, a significant percentage of Mexican movies explore sexual identity, he adds.

Why is another matter.

Diversity is “definitely on Imcine’s agenda,” Beristáin says of the Mexican Film Institute, noting that it’s “trying to push funds to the people they usually didn’t get.”

“The government wants to create a sense that Mexico is opening up to the LGBTQ population,” Santamaría said. But any opening must also be traced to years of Mexican working class struggles for rights such as a public health system. “The cinema is now benefiting from that battle.”

Films made by female, queer, indigenous or other previously underrepresented groups are also among the most exciting of the year, judged by the festival hardware they collect. Morelia’s competition includes “Robe of Gems”, Natalia López Gallardo’s special jury in Berlin laureate, and “Huesera”, by Michelle Garza Cervera, a double Tribeca winner.

Many titles also grapple with the dark hearts of Mexico, such as the mass slaughter of young women from all social classes who suddenly go missing. Xun Sero, director of ‘Mom’, which starred Hot Docs and Guadalajara, sees himself on a mission to break down barriers. “For me, film is a political act. I want to take movies and filmmakers to places where no one thought we’d get them, to tell those who grew up in the same situation that we can achieve this too.”

A sense of commitment and urgency to films that promote diversity is almost inevitable.

There is also the matter of originality.

“What’s really important to me is that I believe we’re looking for different stories. We have in no way been part of the status quo and – I’m talking about myself – I just want to be part of something else,” Beristáin says. Her “Noise” weaves near documentary elements – a search for fiction from San Luis Potosí, made up of real members – and dreamlike sequences, capturing Julia’s sense of anger, impotence and a kind of hope.

Likewise, Xun Sero sees “Mom” as cliché-busting. “The image of the indigenous people has been pain, sorrow and suffering for years.”

He adds: “Women suffer from machismo violence, yes. But it is experienced in different ways and my mother had the strength to rise above her circumstances like other women around the world.” In that sense, the film recognizes “the diversity of people on this planet.”

Moreover, the Mexican community’s best films, native or black Mexican films, are not anthropological snoring feasts, but refined and entertaining works of art.

In ‘Mom’, through filmed conversations between the filmmaker and his mother and a narrative voiceover, Sero deftly delays the full disclosure of his mother’s feat, how she got there, plus the collateral damage: his memory. to his childhood, he confesses the film is about his brother and him being left alone while his mother looks for work.

“They Made Its the Night” launches scene-setting, with a multi-layered soundtrack and energetic editing, even in the most banal of environments, – a farm scene for example – that proves to be a sensual pleasure.

Spirited doc feature “Negra” shows what it means to be black in Mexico today. It begins with the upper-class black protagonist asking a street vendor if there are any black people in Mexico. “Down on the Costa Chica,” he replies diplomatically – but his diplomacy is a form of racism, refusing to point out that his questioner himself is Black.

In “Huesera,” Michelle Garza Cervera subverts one of the genre’s founding principles to have telling effect, emphasizing that the real horror for the main character, a married mother-to-be, lies elsewhere.

Mexico still has a lot to make up for. Female-directed positions rose 50% in 2021 to a remarkable 66.50% more than the 2017-19 average. However, that figure still only represents 25% of the 256 Mexican films classified last year, powered by a slew of debuts and documents.

Sero resists calling his film “indigenous.” “It’s Tzotzil. Cinema for me is a tool that helps me in the struggle of our indigenous peoples for recognition of their roots and richness of their cultures, which is my case, Maya Tzotzil.”

The last Pride march was the largest in history, decorated with government-backed marketing of major corporate brands. [subsidized] antiretroviral drugs,” remembers Santamaría. “There is an opportunity to make movies that will hit a large audience, but full integration has yet to happen,” he adds.