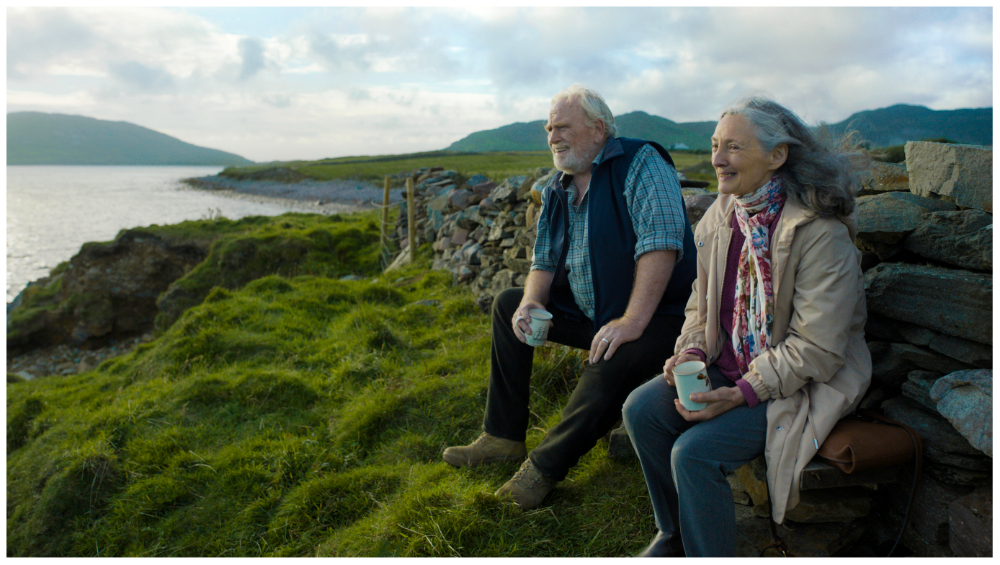 Finnish director Klaus Härö makes his English language debut with the Toronto Film Festival premiere ‘My Sailor, My Love’. A soft drama about a retired sea captain who falls in love for the last time will be spotlighted at the Helsinki-based Finnish Film Affair event. Global Screen takes care of the sales.

Härö, a veteran filmmaker behind Golden Globe-nominated “The Fencer,” didn’t feel “desperate” to make a film in English, he says.

“I hope it doesn’t feel forced. With English there is always the thought that maybe it will reach more people this way. But it just felt natural to put it in Ireland.”

“I like the solitude of this landscape, the proximity to the sea. Also ‘The Fencer’ was shot in Estonia and my next film will be in Finnish, German, Hebrew and Yiddish.”

“The real joy was watching these actors find trust in each other,” he adds, praising his lead roles.

“When we think of James, we think of ‘Braveheart,’ ‘GoT,’ ‘Ben-Hur.’ He’s always the Viking, the Roman soldier, the Mafioso He’s typed this way But I’ve seen ‘The Pyramid Texts’ [which scored Cosmo a win at Edinburgh] or ‘Trainspotting’ where he plays [Renton’s] father. I got a glimpse of his tremendous sensitivity.”

He wanted someone who threatens to play the sick but Commander Howard – “hard as a rock” – but also with a softer side, revealed by a romance that overwhelms his middle-aged daughter.

“I can’t say it’s a role of a lifetime – no Finn would ever say that. I just hope the audience will see how he transforms in the movie. On set, we sometimes looked at each other with my DoP, whispering, “Do you see what I see?” People sat there in silence, afraid to move.”

In his native Finland, Härö has become known for his tender stories, with 2009’s “Letters to Father Jacob” named the most touching film of the 21st century.

Reunited with Jimmy Karlsson and Kirsi Wikman, the authors of his ‘Mother of Mine’, this time he wanted to show a complicated family dynamic fueled by years of animosity and absence.

“Howard is someone who was always gone. This has shaped the relationship with his children. Now they can finally be together, they have all this time, but it raises all sorts of resentments that they weren’t even aware of,” he notes.

“There is a good side of care, but then there is the compulsion. His daughter was forced into that position early on to care for her mother: it became her profession and her obsession. It is now her way of dealing with people. But if you start demanding love, including through your actions, it’s just not going to happen.”

While Härö sees “My Sailor, My Love” as a bleaker tale than his usual fare—despite addressing war and loneliness of displaced children in his previous work—it was one he was still comfortable telling.

“We have the feeling that not everything gets an answer. Maybe this way it gets closer to real life. Still, it’s not about overloading viewers. I’d rather sneak up on you slowly so you’re sure you can take something with you,” he says.

“First love and very late love both come as a surprise. If something you thought was a thing of the past suddenly returns, I guess there’s something harmless about it. It was the first spark that led us to make this film.”