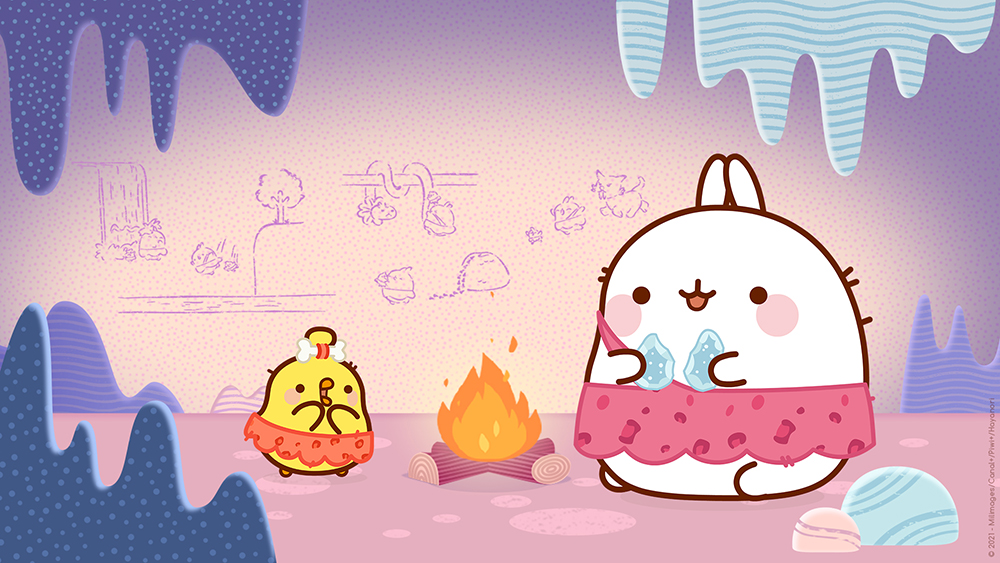 French children’s entertainment company Millimages has announced that it is renewing seasons 2, 3 and 4 of its hit series “Molang” with Netflix, which has already been picked up by co-producers TF1 and Canal+.

“Molang” will roll out in all territories from Nov. 1 except Scandinavia and China, said Marina Narishkin, general manager of Millimages, adding that the deal testified to the fluffy character’s popularity with audiences of all ages and of all. continents.

“’Molang’ is not only viewed by children, our target group is 15 to 30 year olds, the young co-parents. We do not make packaged goods for children. “Molang” supports kindness, it’s a character that’s not gender specific: that’s really important, and it was done a long time ago, not just because it’s the fashion,” she added.

“That’s what I love about Millimages: These [themes] they take to the streets before they are popular. Take “Les Lascars” (English title: “Homiez”): It was about diversity, and that was 15 years ago!” Narishkin told Varietyreferring to the cult TV series-turned-feature, which recently announced it’s returning with a third season and a new movie.

Millimages, one of the oldest independent animation and production studios in Europe, is presenting its new TV animation series project “Welcome to Permacity” this week at the Cartoon Forum in the southern French city of Toulouse.

It is based on the 2021 documentary comic book by Oliver Dain-Belmont and Fachri Maulana, published by French editor Sarbacane. Aimed at preschoolers, the show follows the adventures of seven-year-old Camille and her talking cat Imhotep, who live in an eco-city built in total harmony with nature and where everything is recycled.

Millimages plans to produce 52 11-minute episodes, as well as additional content in the form of one-minute short videos, intended for digital platforms.

“It’s an adventure and a comedy show, but behind every adventure is a core concept such as trading, voting, accessibility – this permacity is such an incredible source of ideas that we wanted to develop additional content,” said producer Bonnie Lenner. Variety. “These one-minute episodes are news stories Camille sends to her friends in her old town, explaining these concepts and values ​​in more detail.”

“Welcome to Permacity” is one of 80 projects presented at Cartoon Forum, the European event for animated TV series projects taking place in Toulouse from September 19 to 22.