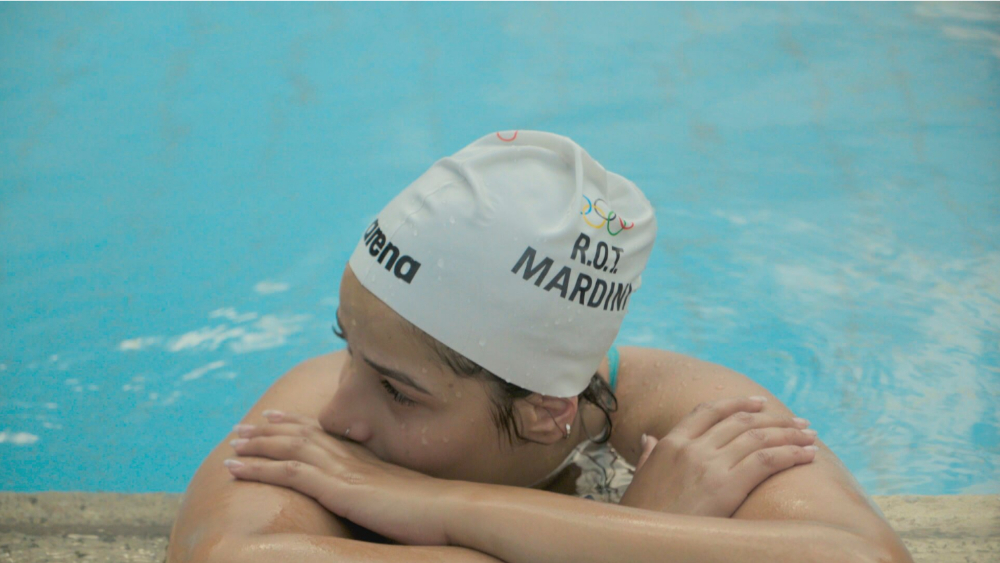 Sara Mardini fled Syria in 2015 with her younger sister Yusra, and when the engine of the boat they were escaping on failed during the sea journey to Greece, the sisters used their competitive swimming skills to get the boat to safety. Their journey made headlines around the world and is dramatized in the Netflix film ‘The Swimmers’, which opened in Toronto earlier this year.

The documentary begins when the fictionalized drama ends. Sara volunteered for three years to rescue refugees on the same journey that made her so famous, and was suddenly arrested in August 2018, accused by Greek authorities of running a criminal enterprise with charges such as “international espionage and people smuggling”. If convicted, she faces up to 25 years in prison and the end of her humanitarian career. Shot over three years, the film follows Sara’s fight for justice and her journey to self-discovery.

The film is produced by DOCDAYS Productions and Safe Passage in co-production with SWR and in association with ARTE. It is funded by MOIN Filmstiftung and the Malik Bendjelloul Memorial Fund. Executive producers are Antje Boehmert, Anna von Dziembowska, Daniel Druhora and Drake Burnette. Principal editors for SWR are Gudrun Hanke-El Ghomri, Bernd Seidl and Simone Reuter. It was developed at EURODOC and participated in the Assembly Lab at Open City Doc Festival and First Cut Lab.

Mindjazz Pictures will be theatrically distributed nationwide in Germany in March 2023, with a premiere in Hamburg.

Feldman said, “Our documentary begins when the Netflix drama ends. Sara’s journey from refugee to humanitarian and accused criminal marks a major shift in attitudes towards refugees and those who help them. It was vital for Sara and our team to raise awareness of the issue, beginning a layered and intimate portrait of the impact criminalizing humanitarian workers has on a deeply personal level.”

Anna von Dziembowska of Safe Passage said: “When I learned of Sara’s arrest in the summer of 2018, I called Daniel Druhora, a friend of Sara’s, to ask how I could help. He said, ‘We are filmmakers, let’s make a movie.’ And we have done that.”

Antje Boehmert of DOCDAYS Productions: “When I got to know the project in 2019 and was invited for this co-production, I didn’t hesitate for a moment. The film addresses so many issues that we as a society have to negotiate.

Elina Krewitz of New Docs added: “We are thrilled to have added ‘Long Distance Swimmer: Sara Mardini’ to our lineup. We have worked with DOCDAYS Productions in the past and look forward to continuing this fruitful relationship with Charly Wai Feldman’s larger-than-life story of Syrian Olympic swimmer Sara Mardini who came to Germany as a refugee in 2015. We started pitching the documentary to festival programmers at IDFA and hope for a world premiere in the first half of 2023.”