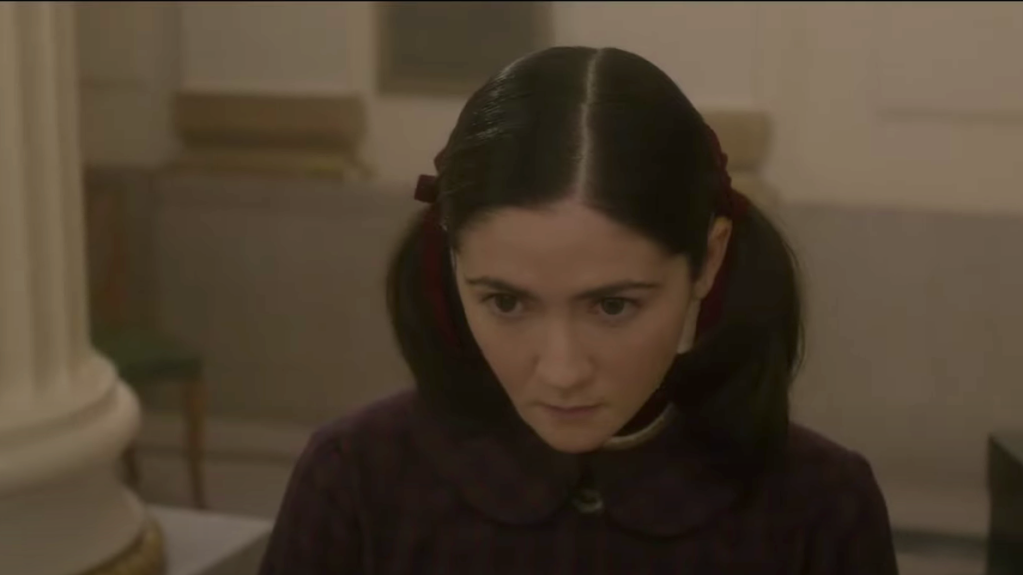 “Orphan: First Kill” will be released on Blu-ray and DVD on October 18, just two months after its theatrical and streaming release on Paramount+.

The highly anticipated prequel “Orphan” explores the events that led to Esther (Isabelle Fuhrman) being adopted by the Colemans, beginning the absurd, sinister, and downright terrifying experiences unfolding in the first film.

When the thriller Jaume Collet-Serra came out in 2009, there were no plans for a sequel. After the famous twist, revealing that Fuhrman’s character is in reality a 33-year-old sociopath pretending to be a child to terrorize a foster home, the film ends with her sinking in a lake to her death.

But Fuhrman convinced the film’s original writer, David Leslie Johnson, to develop the sequel script he was working on, which eventually led the now 25-year-old actor to reprise her role as the pigtail sociopath for blood — the character who she still is most famous for.

“I loved the twist because this is something that everyone expects when they see a sequel or a prequel because it reflects exactly what you knew about the latter,” Fuhrman said. Variety last month on the shocking turn of the prequel. “I love that this movie takes the audience by the hand and the audience says, ‘Okay, well, we’ve already seen that.’ And suddenly it turns everything upside down.”

“Orphan: First Kill” was released on Paramount+ on August 19 and simultaneously enjoyed a limited theatrical run, earning $1.97 million during its opening weekend.

The Blu-ray and DVD versions of the film will go on sale October 18. In the meantime. you can stream the movie on Paramount+.