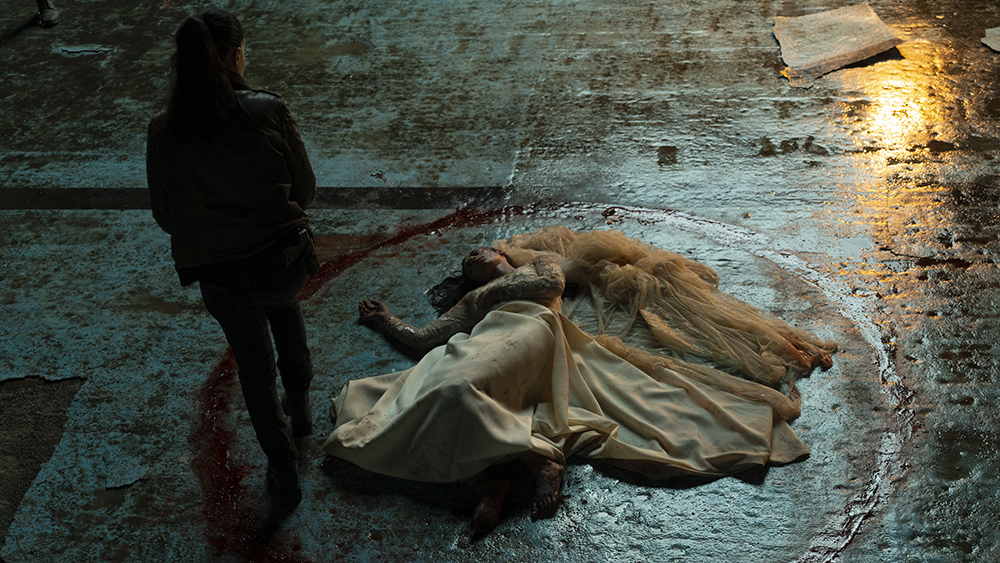 The fiction was produced by ViacomCBS International Studios (VIS), in collaboration with Atresmedia Televisión and in association with Diagonal TV.

In addition to presenting the first season of the series at the most prominent festival in the Spanish-speaking world, Cabezas, the creator and director of the show had something else to celebrate on Wednesday.

The show, which premieres September 25 on Atresplayer Premium, the lavish OTT service from broadcast network Atresmedia, has renewed “The Gypsy Bride” (“La Novia Gitana”) for a second season.

The Seville-born director sat down with Variety to discuss the making of the eight-part season 1 of “The Gypsy Bride”, shot in the gypsy community of Madrid, the largest in Spain, and how he got into busking on the metro. from Madrid to meetings with Steven Spielberg went, after a near-fatal car accident.

“It’s a very violent show,” he said, speaking of “The Gypsy Bride.” “But at the same time it is very beautiful. It’s rooted in gypsy culture and I use real gypsy actors. We have different flamenco artists in each episode. Lorca is a good comparison, because flamenco is also rooted in tragedy. As for the look of the show, we used a blue-brown palette to create the look with just the blood-white wedding dress in other colors.”

A thriller, “The Gypsy Bride” is set in a gypsy community on the outskirts of Madrid, where murder inspector Elena Blanco (Nerea Barros, “Marshland”) is called in to investigate a murder of a young gypsy woman just before her wedding.

The first season is an adaptation of “La Novia”, the first book in “La Novia Gitana”, a crime trilogy written by Carmen Mola (a pseudonym for a writing trio formed by Jorge Díaz, Agustín Martínez and Antonio Mercero). 150,000 copies of the book sold in 10 countries when the book was released in 2018.

Season 2 will adapt the second book in the series, “La red púrpura.”

Raised in Seville, and now based in Madrid, Cabezas confesses to “nearly passing out” when his daughter falls and scratches a limb. But he says he’s learned to see fake blood as beautiful, and found a way to interpret violence that gives it meaning.

He spent five intense months putting together the first series without taking a break. “It’s the only way to maintain full creative control,” he said. “The lower the budget, the more freedom you have.”

He now has his hands full with the second season. He also returns to the Netflix show “The Umbrella Academy”, for which he previously directed several episodes.

Cabezas has not only established himself in Spain, but a long list of TV and film credits in the US, including ‘American Gods’, ‘Into The Badlands’, ‘Fear The Walking Dead’ and ‘Rage’ with Nicolas Cage. .

But it was his most recent film in Spain, ‘Adios’, that made him more familiar with the gypsy community in his native Seville. He made the film after a man living in a van offered him a script. “I read it and it was just incredible,” he said.

He has come a long way since playing in the Madrid metro, where he also did flamenco.

“I was in a car accident when I was 17. I was fine, but as my car was spinning in slow motion, I thought I would die a virgin and never make a movie. I’m right about that,” he said.

He attended film school by working in a video store for five years. His American career took off after his thriller “Neon Flash” was played in 2011 in Tribeca.

“I’ve stayed in Madrid, but I’m going to LA and doing literally 100 meetings in two weeks,” he says.

He loves working on a new season of the Netflix show “The Umbrella Academy,” but it’s not the same as giving birth to a new creation like “The Gypsy Bride,” he says.

“When you do a show like ‘Gypsy Bride,’ it’s your baby and you’re the mother,” he said. “When you’re taken to other shows, it’s more like taking the kids to the arcade than giving them back.”

As for meeting Steven Spielberg. “I was working on ‘Halo’ for Amblin Entertainment,” he said.

And from Madrid he has worked for the best of them with “American Gods” (Amazon); “Penny Dreadful”, “Dirk Gently”, “The Alienist” (Netflix); “Fear of the Walking Dead”, “Into the Badlands” (AMC); and “The Strain” (FX).