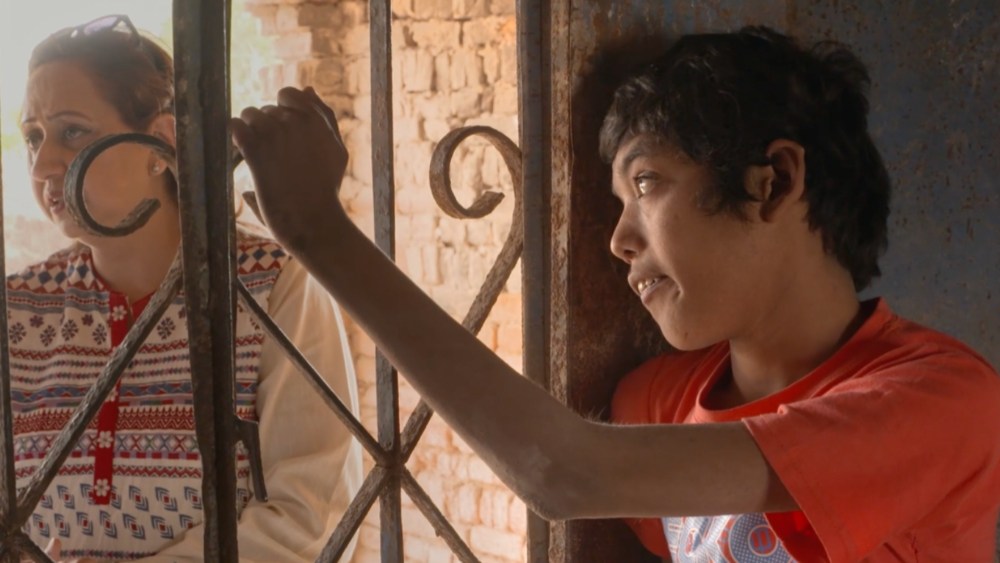 Paramount+ has set a premiere date for November 29 for a series of new titles from MTV Documentary Films.

The lineup highlights the story of a family saying goodbye to their patriarch in “Dig!” ‘Last Flight Home’ by director Ondi Timoner, as well as the portrait of an artist who works against all odds in ‘ART & Krimes by Krimes’.

Meanwhile, the doc shorts dive into everything from the Louisiana State Penitentiary known as Angola to “Angola Do You Hear Us?” Voices From A Plantation Prison’, and the Black Sea, where a Russian activist and mother buries her child in ‘Anastasia’.

Also premiering is the short documentary ‘As Far As They Can Run’, an intimate look at children with intellectual disabilities in rural Pakistan who are considered ‘useless’ by their community. Directed by Tanaz Eshaghian, the film is a true portrait of three young teenagers who manage to find acceptance and a place in society through sports. “As Far As They Can Run” won the directorial award as part of DOC NYC’s Short List: Shorts section, for award contenders. Variety reveals the exclusive trailer for the movie below.

“MTV Documentary Films shines a bright light as an underdog player in the documentary landscape,” said Nevins of the Slate. “We are making great strides as our ambitious slate achieves both real popularity and critical impact.”

“Last flight home”
Directed by: Ondi Timoner
Executive Producer: Sheila Nevins
On a nondescript suburban street, we find Eli Timoner in his final days and discover an extraordinary life, one filled with wild accomplishments, tragic loss, and above all, lasting love. His daughter Ondi shares an unforgettable and stunningly truthful account of a family facing life and death with courage and joy. Winner of the Leon Gast Award for Best Documentary at the 2022 Woodstock Film Festival, Winner of the Grand Jury Prize for Best Documentary at the 2022 Dallas International Film Festival, and an Official Selection of the 2022 Sundance and Telluride Film Festivals.

“Art & Krimes by Krimes”
Directed by: Alysa Nahmias
Producers: Amanda Spain, Benjamin Murray, Alysa Nahmias
Executive Producers: Sheila Nevins, Jenifer Westphal, Joe Plummer, Patty Quillin, Hallee Adelman, Ivy Herman
While imprisoned for six years in federal prison, artist Jesse Krimes secretly creates monumental works of art, including an astonishing 40-foot mural made with prison sheets, hair gel, and newspaper. With the help of fellow artists, he smuggles out each panel piece by piece and only sees the mural in its entirety when he returns home. As Jesse’s work captures the attention of the art world, he struggles to adjust to life outside, living with the threat that any misstep will carry a life sentence.

“Angola Do you hear us? Voices from a plantation prison”
Director: Cinque North
Producer: Katherine Gund
Executive Producer: Sheila Nevins
The story of playwright Liza Jessie Peterson’s 2020 closing performance of her critically acclaimed play ‘The Peculiar Patriot at Angola’ at Louisiana State Penitentiary, America’s largest prison plantation. The documentary explores what led to the stoppage of the performance, the material faced by a system, and how the impact of Peterson’s visit rippled through Angola long after the record of her visit was erased by prison authorities. An Official Selection of the 2022 Telluride Film Festival, a Critics Choice Documentary Nominee for Best Documentary Short, a selection of the 2022 DOC NYC Shorts Shortlist, and the recipient of a Special Jury Award for Powerful Storytelling at the 2022 Savannah Film Festival.

“Anastasia”
Directed by: Sarah McCarthy
Producers: Sasha Odynova and Sarah McCarthy
Executive Producer: Sheila Nevins
Russian activist Anastasia Shevchenko was arrested and held under house arrest for two years for speaking out against the government. During her imprisonment, she was separated from her young daughter who died alone. As Anastasia travels across Russia by train, she comes to grips with her loss and realizes that the only way she can continue to fight for freedom is to leave her homeland forever. An Official Selection of the 2022 Telluride Film Festival and the Toronto International Film Festival and a selection of the 2022 DOC NYC Shorts Shortlist and recipient of a Special Mention from the DOC NYC Jury.

“Favorite Daughter”
Directed by: Dana Reilly
Executive Producer: Sheila Nevins
Logline: A grandmother, mother and daughter are quarantined together in a Tribeca apartment as they laugh about life over wine. The film was an Official Selection of the 2022 Telluride Film Festival.

“More Than I Want to Remember” (animated)
Directed by: Amy Bench
Producers: Carolyn Merriman, Mugeni
Executive Producer: Sheila Nevins
Logline: One night at her home in southeastern Congo, 14-year-old Mugeni is awakened by the sound of bombs. While her family scatters to the surrounding forests to save themselves, Mugeni is all alone. From there, she embarks on a remarkable solo journey around the world, determined to reunite with her lost loved ones and uplift the Banyamulenge people. Ultimately, despite unimaginable obstacles, Mugeni’s story is a portrait of hope, love and family ties. Winner of Best Animated Short at the 2022 Tribeca Film Festival, Best Short Documentary at the 2022 Woodstock Film Festival, Best Animated Short at Walla Walla Movie Crush, Best International Short Documentary at the 2022 Hot Docs Canadian International Documentary Festival and Best Documentary Short at the Cleveland International Film Festival.

“As Far as They Can Run”
Directed by: Tanaz Eshaghian
Producer: Tanaz Eshaghian & Christoph Jörg
Executive Producer: Sheila Nevins
Logline: As Far As They Can Run, an intimate, unflinching look at disabled children in rural Pakistan who are considered “useless” by their community, is a searingly truthful portrait of three young teens who manage to find acceptance and a place in society through sport. Winner of the Best Documentary Short at the 2022 Woodstock Film Festival and an official selection of the 2022 DOC NYC Shorts Shortlist and winner of the Directing Award at DOC NYC.

Watch the trailer for “As Far As They Can Run” below: