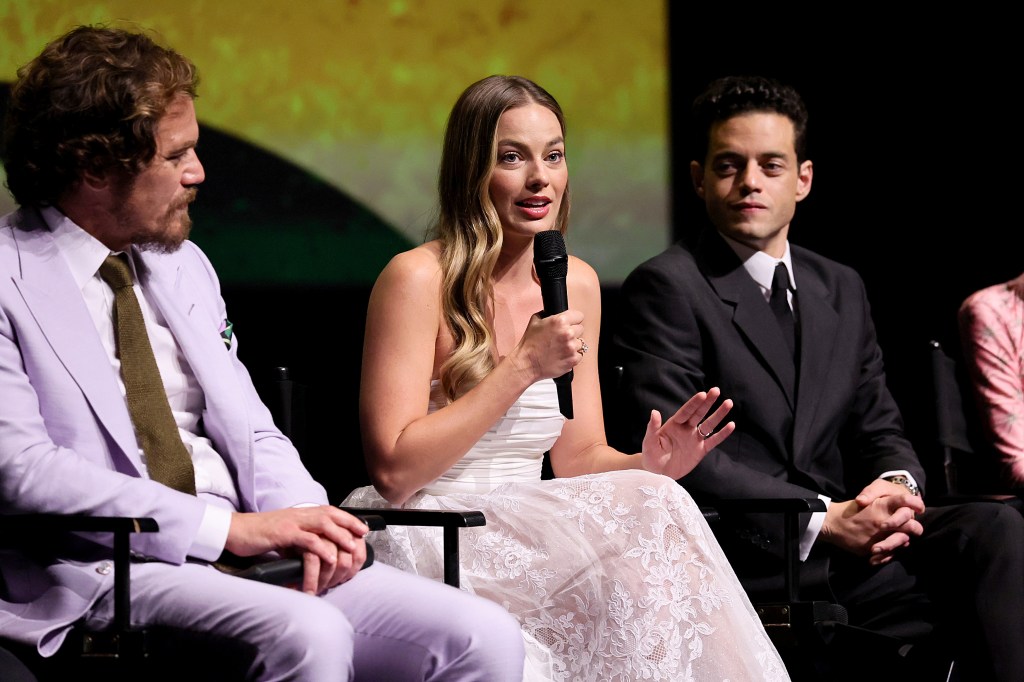 There was a lingering sense of ambiguity and anticipation Sunday night at Alice Tully Hall at Lincoln Center, the site of the 20th Century Studios worldwide premiere of David O. Russell’s “Amsterdam.”

Russell hasn’t released a new film in nearly seven years — his last feature film was 2015’s “Joy” starring Jennifer Lawrence. Given his various controversies and allegations of sexual assault in 2011, it was unclear whether Hollywood would embrace the director with open arms again. And then Drake walked onto the stage.

“This is just a real moment,” Drake said. “So I’m here to introduce the extremely talented, very legendary, one of the hottest men in Hollywood. His name is David O. Russell.”

Drake, who serves as an executive producer on ‘Amsterdam’, was one of many influential figures to praise the director during the film’s New York premiere. Russell has been accused of showing hostile behavior towards his actors on several occasions, and his niece alleged that he sexually assaulted her in a police report filed in 2011, a claim he did not deny. The case was eventually closed without charges being filed.

Russell’s latest film is a star-studded, quirky crime thriller set in the 1930s that follows three friends – two soldiers played by Christian Bale and John David Washington and a nurse played by Margot Robbie – who find themselves in the center of one of the most shocking secret plots in American history.

Washington told Variety that what sets “Amsterdam” apart is the cast and the fact that Emmanuel Lubezki (aka Chivo) was on board as a cameraman. “I think it was just a great mix of comedy and levity, and the historical content is great. It’s just a bubble gum of fun and adventure, camaraderie and friendship within the historical backdrop of this country.”

“David is such a student film. It’s part of a long tradition of really hot movies,” Myers said Variety. “I said I thought it had shades of ‘Butch Cassidy and Sundance Kid’ and ‘The Sting.’ It felt like the movie had the same excitement you had for those 70s movies, but it’s its own thing.”

The screening of “Amsterdam” was followed by a Q&A with Russell, Robbie, Myers, Michael Shannon, Rami Malek, Andrea Riseborough and Timothy Olyphant. The panel discussion was moderated by Ben Stiller, star of Russell’s second feature ‘Flirting With Disaster’.

“First of all, congratulations on the film – and congratulations on being one of our great American filmmakers. I love you, David,” Stiller said. “As a filmmaker, so much of who you are comes through on screen. Your energy, your feeling – and you do something as a director to create something really unique.”

The panel discussed the central thematic messages of friendship and optimism, how the plot is inspired by real events (Russell claimed his story is about 50-60% accurate), and the idea that history repeats itself. While reminiscing about his time filming “Flirting With Disaster,” Stiller explained that he felt Russell’s process was deliberately chaotic.

“I remember when we worked a long time ago, this sense of deliberate chaos,” Stiller said. “I think that’s intentional, because you’re trying to juggle what might be the normal thing you should do when you’re making a movie.”

Robbie echoed Stiller’s admiration and described working with Russell as a unique experience.

“It’s a completely unique experience,” Robbie said. “I think we can all agree. It’s not like you’re working with someone else. Every day you go to the set you don’t know what’s going to happen. You literally don’t know what you’re going to shoot that day, which is terrifying and is also exciting.”

Earlier in the evening, Robert De Niro said: Variety that Russell “is a great director, very special. So when he does something, you know it’s taken notice, if you want to.”