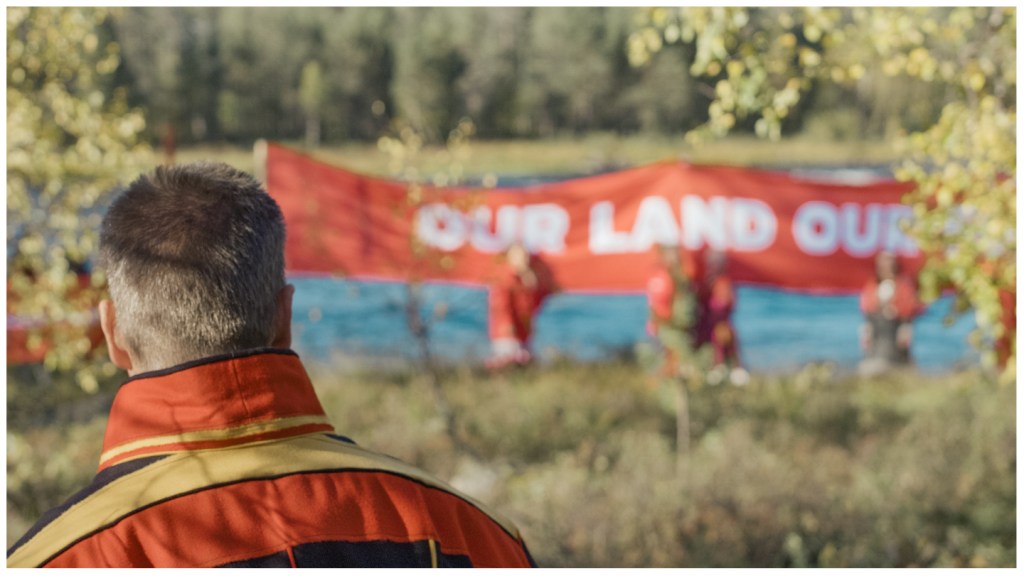 The Sámi, the indigenous people of the far north of Europe and Russia, are ready to share their stories with the world. But only under certain conditions, says film commissioner Liisa Holmberg of the International Sámi Film Institute (ISFI).

“The most important thing is respect,” she notes, referring to the Pathfinder Film Protocol — a set of guidelines and questions for non-Sámi filmmakers named after Nils Gaup’s 1987 Oscar-nominated drama.

“If the Sami may not have the same opportunity/resources to tell their story, then why am I the right person to be [do it]? How does my film production benefit the Sami community and what do I give back? Is it okay for me to take up this space?” it reads.

“People started to get interested in indigenous stories, but they would make them without us. We can’t stop them, but we can ask to be included,” says Holmberg.

“The Enchanted Forest of Kaisa”

Thanks to DocArt and October

Unlike the first part of the popular franchise, “Frozen II” was created in collaboration with representatives of Sámi. But the conversation about who should be at the helm still continues.

“Non-Sámi filmmakers keep saying, ‘We won’t harm you. We’ll help you.’ But why can’t you have a director, writer, producer who is Sámi? When we tell our stories, we create our future,” she says.

“[In the past] we have been portrayed as “mysterious” or as primitive idiots who are always drunk. Is that what we want our children to see? Also, the work of reindeer herders is not “primitive”, although some like to exoticize it. For us it is everyday life.”

While the Sámi Pavilion in Venice attracted large crowds and new initiatives – such as streaming service Sapmifilm – and films continue to emerge, from Liselotte Wajstedt’s “Silence in Sápmi” to Aslak Paltto’s “Through a Reindeer Herder’s Eyes”, Holmberg would like to see more.

“It’s been six years [Amanda Kernell’s] “Sami Blood.” Do we always have to wait that long?” she wonders.

Thanks to Petteri Saario

“I didn’t inherit the language myself and this has caused trauma that I now process through movies,” says Gauriloff. In addition, people raising their children in Skolt Sámi are still under enormous pressure.

“It is important that the Sami themselves tell our stories, regardless of the subject. We should have the right to define our identity and the right to practice our own cultural heritage and traditional livelihoods. Is that too much to ask?”

Based on multiple true stories, “Je’vida” – produced in October – will be a visual and chronological continuation of her acclaimed and “healing” doc “Kaisa’s Enchanted Forest”.

“I hope ‘Je’vida’ will spark conversations about indigenous peoples. It is beyond my understanding that we still do not have the right to live freely, control the use of our land or even define ourselves. Not even in Finland.”

Petteri Saario, now behind the new doc “Rap and Reindeer” and the upcoming “Operation Saimaa Seal”, believes that other filmmakers should also have the right to make documentaries about the Sami.

“We work closely with the municipality. It’s more about perspective and attitude than anything else,” he says.

While his first feature-length documentary “The Beckhams of Utsjoki” chronicles modern Sámi life through the experiences of one family, he now hopes to attract younger viewers by focusing on rapper Mihkku Laiti, known as Yungmiqu.

“It is important to show the Sami community that their culture is changing. Sami youth want to preserve some of their traditions, but also create new ones,” he adds. The film will premiere on February 6, 2023, on the Sámi National Day.

“Things are never black and white, but every time a non-Sámi wants to tell a Sami story, [comes down to the fact] that we are not seen as good enough. There is a connection between colonialism and the fact that our stories are being stolen from us,” says director Suvi West.

Already behind ‘Eatnameamet – Our Silent Struggle’ she is now working on her feature film debut ‘Johan Johanaš’, to which Tekele Production has been added.

“When I started, almost twenty years ago, I was told not to tell Sámi stories because I’m ‘too involved’. Being a Sami in the Finnish film industry means that I will most likely never be seen as a real filmmaker. I will always be this ethnic curiosity,” she says.

“I dream that one day I will at least be seen as a ‘female filmmaker’. I’m not sure it could ever happen.”

She recently received the State Prize for Public Information.

“It was a surprise, because critical Sámi voices are not always appreciated in Finland. They want us to be exotic, non-political, childish people who don’t criticize [anyone] or don’t talk about colonialism.”

“This award shows that something may be changing. Maybe they want to hear the voices of our people.”

“We’re often told that movie foundations can’t give us funding because they don’t understand the story and neither do their audiences,” adds Holmberg.

“They say it’s not ‘Finnish enough’, for example, and it’s true – it shouldn’t be. It’s Sami. But Disney made a Sámi story and it made $1.4 billion worldwide.”

The Pathfinder Movie Protocol is available for download here.