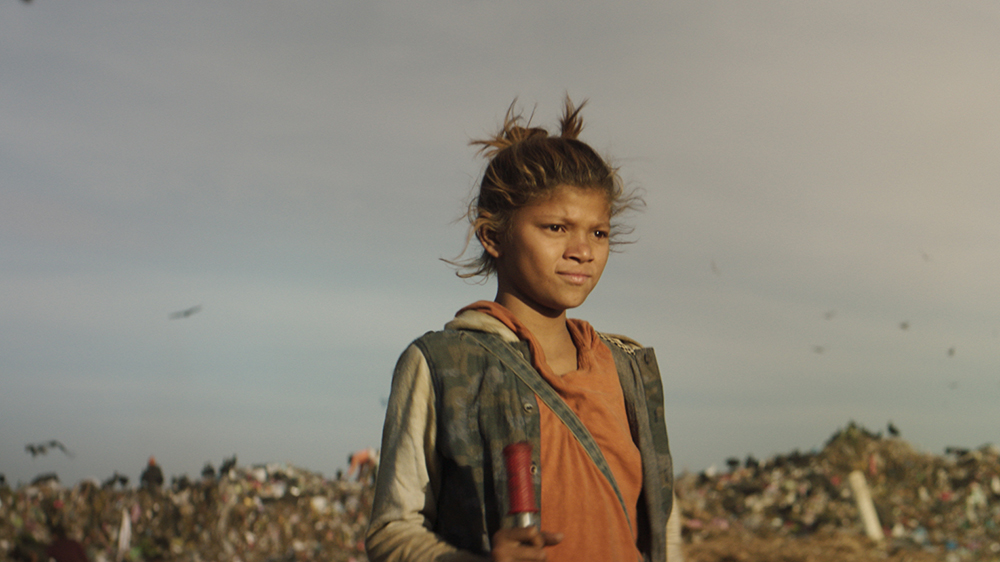 After a world premiere at the Toronto Film Festival and ahead in the new directors competition in San Sebastian, BFF, who heads international sales, has Variety exclusive access to the trailer for Nicaraguan director Laura Baumeister’s feature film debut, ‘Daughter of Rage’.

The film follows 11-year-old María and her mother, Lilibeth, as they navigate poverty by collecting and reusing waste from the local landfill. A look at the stifling generational debt passed on in communities working hard to survive, the film also tackles precocious family ties, abandonment, and the rescue of an imagination that allows the protagonist to deal with uncertainty.

As the trailer kicks in, a huge amount of trash litters the frame. María is alone and peers at other children on top of a mountain of rubbish. Separate from her peers, a large collection bag draped around her slender figure, she trudges through the dump in search of goods.

Scenes of playful tenderness and caring alternate with images of Lilibeth scolding and berating a melancholy María, demonstrating the duality of their complicated relationship.

As veiled tensions mount, Lilibeth leaves María to work in a factory while traveling to pay off debt. Maria is shown around the property and meets Tadeo; the two form an immediate and familiar bond, confiding in each other.

As they traverse her misery, other scenes tease her imaginative ways before she follows her from her new boyfriend, Tadeo, and the factory, in search of her mother or some closure. The community around it is ablaze, but the glimmer of hope in her eyes remains, despite ever-evolving trauma.

“Daughter of Rage” will feature in San Sebastián’s New Directors section, along with 15 other films from emerging directors, including Rocío Mesa’s second feature film “Tobacco Barns”, Maria Elorza’s “To Books and Women I Sing” and Jeong Ji-Hye’s opening film “Jeong-Sun.”

The film offers a sobering commentary on the trajectory of grief, exposing the weight of abandonment; that nestles like a seed that grows firm roots and moves like an unruly weed into the depths of the protagonist’s psyche. It is a poignant nod to the stark contrast between the lives of children born in safety and children raised in cyclical upheavals.

“In the concept of the family that we have come to know, adults to some extent protect children from certain information, shortcomings, fears and anxieties so that they can live. Life gradually comes into their worlds,” explained Baumeister. “In the case of these children, there is no one to protect them. Life comes in from the moment they are born, their minds collide immediately and have to deal with the real world.”