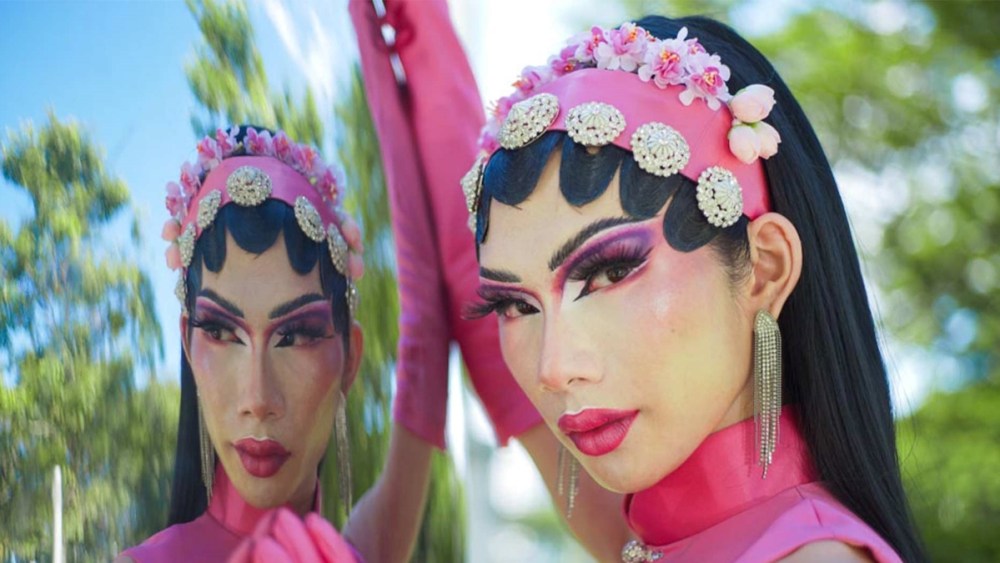 Singaporean filmmaker Lei Yuan Bin’s latest subject is local Opera Tang, which has made a mark on the local drag scene since its debut in 2020.

Through vignettes of Tang’s life, the film, which screens at the Singapore Panorama segment of the Singapore International Film Festival, chronicles the artist’s queer journey: from coming out as a budding drag queen, to falling in love, to entering drag pageants, dressing her supporting 90 year old grandmother in drag.

Lei’s latest film “I Dream of Singapore”, an observational documentary about the continued flow of labor from Bangladesh to Singapore, and the bonds blossoming between social workers and migrant workers, premiered at the festival in 2019.

“While I produce, direct, shoot and edit my own documentaries, my filmmaking process involves me spending months, if not years, with my subjects and no other crew members on set. That’s why I choose to document people with whom I enjoy spending time and who have a story that needs to be shared with more people. I find the love and bond between Opera and her 90-year-old grandmother especially moving and worth celebrating,” said Lei. Variety.

“Baby Queen” premiered in Busan earlier this year. “The reception in Busan has been fantastic,” said Lei. “We have received questions from film festivals and distributors. ‘Baby Queen’ will be touring the film festival circuit in 2023 and some screenings, such as the one at the Singapore International Film Festival, will feature a drag show.”

Tiger Tiger Pictures financed and produced “Baby Queen” under Glen Goei’s Unseen series label, a collection of original full-length documentaries that give a voice to marginalized communities in Singapore and Southeast Asia.

“Baby Queen” is part of an ongoing wave of Singapore films gaining international acclaim. “There is more public and private funding and infrastructure support for Singaporean filmmakers today. New production companies, collectives and communities have also been formed to increase the quality and diversity of storytelling and filmmaking,” said Lei.

All this comes at a time when Singaporean authorities have been sending mixed messages to the LGBTQ community. Earlier this year, the Singapore government said it will decriminalize same-sex relationships, but also strengthen the heteronormative basis of marriage. The InfoComm Media Development Authority, which regulates the media and entertainment industry, said the changes would not lead to any relaxation of content controls.

Lei is open to ideas for his next film, which could be a documentary or a fiction film, and he hopes to collaborate with young filmmakers.

“Baby Queen” plays at the festival on November 30.