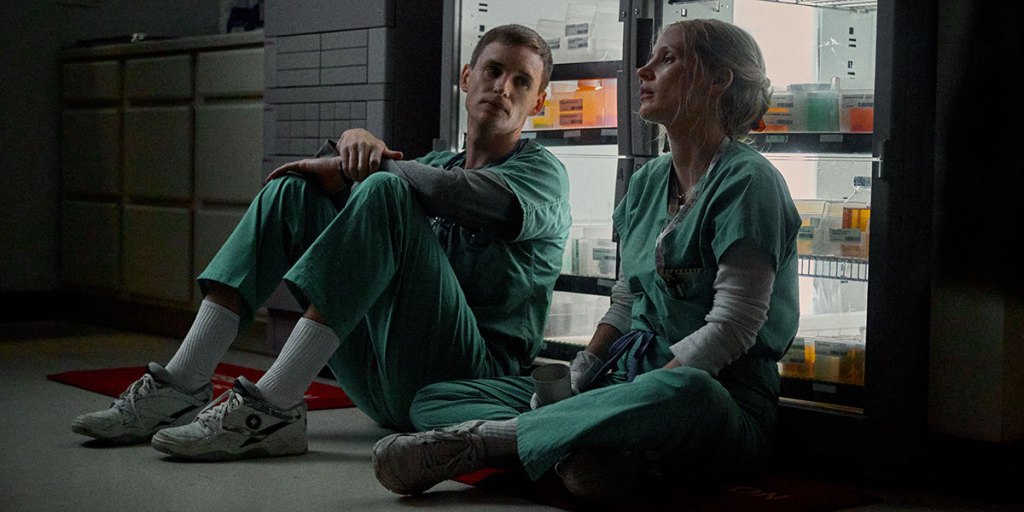 The 18th Zurich Film Festival kicks off on September 22 with a muscular lineup featuring some of the most anticipated international shots of the year, while also spotlighting Swiss and German-language cinema.

In addition to a strong selection of American films, including Oscar-winning writer-director Florian Zeller’s “The Son” and Neil Jordan’s “Marlowe”, Zurich also honors Sony Pictures Classics’ Michael Barker and Tom Bernard for their contributions to cinema.

“We are very proud that this year about a quarter of our program is world or European premieres, which – especially when it comes to American films – are quite difficult to get because there is a lot of competition,” says ZFF Artistic Director Christian Jungen.

Other big titles rolling out in Zurich include Gina Prince-Bythewood’s “The Woman King” starring Viola Davis; Martin McDonagh’s “The Banshees of Inisherin”, starring Colin Farrell, Brendan Gleeson and Barry Keoghan; and Tobias Lindholm’s “The Good Nurse,” starring Eddie Redmayne and Jessica Chastain. Redmayne will also be on hand to receive the festival’s Golden Eye award, which marks the actor’s return to Zurich.

Jungen remembers Redmayne’s first visit to the 3rd ZFF in 2007: “He was a completely unknown newcomer then; he co-starred with Julianne Moore in the opening film ‘Savage Grace’ and now, 15 years later, he is an Academy Award winner who returns to receive the Golden Eye. He is the personification of what we love to do in Zurich – it’s all about discovering new voices, especially in the competition.”

The party also honors Ben Kingsley, who will be in Zurich with Mary Harron’s “Dalíland,” and Charlotte Gainsbourg, who stars in Celyn Jones and Tom Stern’s “The Almond and the Seahorse.”

Jungen is particularly proud of the latter, noting, “I have always been a huge fan of Clint Eastwood and this film was co-directed by Tom Stern, Clint Eastwood’s longtime cameraman. So this is a really cool card to have.”

Zurich’s Tribute to… Award, presented to author-filmmakers, again goes to an Italian filmmaker, Luca Guadagnino, who follows last year’s winner, Paolo Sorrentino. The director of ‘Call Me By Your Name’ will present his latest work ‘Bones and All’, which Jungen describes as ‘a very unique film, a cannibal novel, beautifully shot. We are very happy that he is back.”

ZFF is a major showcase for Swiss and German language films and this year it has a strong selection of both.

“Over the past four years, we have always had the biggest Swiss films at the box office – films that received the best performances after their world premiere at our festival, says Jungen. “I think we have a very good chance of having the biggest again this year with ‘Die goldenen Jahre’ [‘Golden Years’].”

Barbara Kulcsar’s comedy-drama follows a couple whose plans for a quiet life after retirement turn out very differently than expected when they set out on a Mediterranean cruise. “It is a film in which many people, depending on their age, will recognize themselves or their parents,” Jugend adds.

Also sure to make a splash is Johannes Hartmann and Sandro Klopfstein’s crowdfunded “Mad Heidi,” an action-adventure horror comedy that re-imagines Switzerland’s carefree alpine heroine as a battle ax seeking to liberate her dystopian country from fascist rule.

“This is a feminist trash version that questions nationalism and national icons,” Jungen notes. “There is a lot of media interest. It’s actually already in the media. We programmed it in our largest room.”

“We want to take advantage of the fact that there will be over 50 Academy members at the Summit, so we’re doing a special private screening of the Swiss Oscar contender [Michael Koch’s “A Piece of Sky”]’ says Jung. “Last year we did it for the first time. It really paid off. Last year it was the movie “Olga” and the director [Elie Grappe] got a contract with CAA; he got to know Pamela Abdy and Mike De Luca, who were then at MGM, now at Warner Bros. Discovery.

“This year we hope to repeat that success, announce the Swiss contender and hopefully also help this young Swiss director get in touch with some of the heavyweights of the American film industry.”
Jungen adds that the initiative is not for the festival, as “A Piece of Sky” is not an official title in Zurich. “But of course we also want to do something for our own filmmakers and this is a great opportunity.”

This year the party is bending Sönke Worthmann’s “Der Nachname”, a sequel to his hit comedy “How About Adolf?” which follows the same scandal-ridden family as grown siblings grapple with the news that their mother has married an adopted son.

Meanwhile, Edward Berger’s “All Quiet on the Western Front” offers a gripping look at the absurdity and reality of war in what is the first German film adaptation of Erich Maria Remarque’s classic novel. It was an important premiere that ZFF fought hard for, Jungen notes.

Another German production that will have its world premiere in Zurich is Florian Sigl’s musical fantasy “The Magic Flute”, starring Jack Wolfe, Iwan Rheon and F. Murray Abraham in a modern retelling of Wolfgang Amadeus Mozart’s beloved opera.

As for the industry, this year will see the first edition of the ZFF Summit Climber, taking place as part of the fest’s Zurich Summit – the annual gathering of showbiz decision-makers on both sides of the Atlantic.

“A lot of Americans are coming back full force,” Jungen says. “We will have all three agencies, CAA, UTA and WME, in the city; Tom Quinn from Neon will be here, and Robert Walak from Anonymous Content.”
Organized in partnership with the Vienna-based International Screen Institute, the ZFF Summit Climber program is a three-day training course for eight selected participants from around the world who will learn ways to finance, produce and distribute films in Hollywood from industry heavyweights as Quinn, Orion Pictures president Alana Mayo, and Roeg Sutherland, co-CEO of CAA Media Finance.

One of this year’s hot topics at the Zurich summit is the future of the prize season, Jungen says. “We all know there was a little shake-up with the Golden Globes. Will they come back? Will BAFTA take the place of the Globes? How much are studios and streamers willing to spend for the awards seasons of the future? We’re going to gather an interesting panel, also with Helen Hoehne, the president of the HFPA [Hollywood Foreign Press Association], who will be in town for the Summit. I think that’s a very interesting topic. The European Film Academy is also trying to throw in its hat and become a player in the prize season.”

The Zurich Summit also honors Bernard and Barker with the Game Changer Award for their 30 years of success with Sony Pictures Classics.

“I really admire them,” Jungen says. “Others came and then disappeared. They came and stayed. They’ve had 183 Oscar nominations, 41 wins — and 70 nominations were women’s films at a time when diversity wasn’t in everyone’s mouth. They also did so much for European authors like Wim Wenders and Maren Ade (‘Toni Erdmann), and for someone like Asghar Farhadi. They also brought the best of independent cinema from the US to Europe. They had Sebastián Lelio’s Oscar-winning “A Fantastic Woman” before we were all about transgender news media. I’m really looking forward to giving them the award. When we announced it, I got so much positive feedback. I think everyone in the industry loves them.”