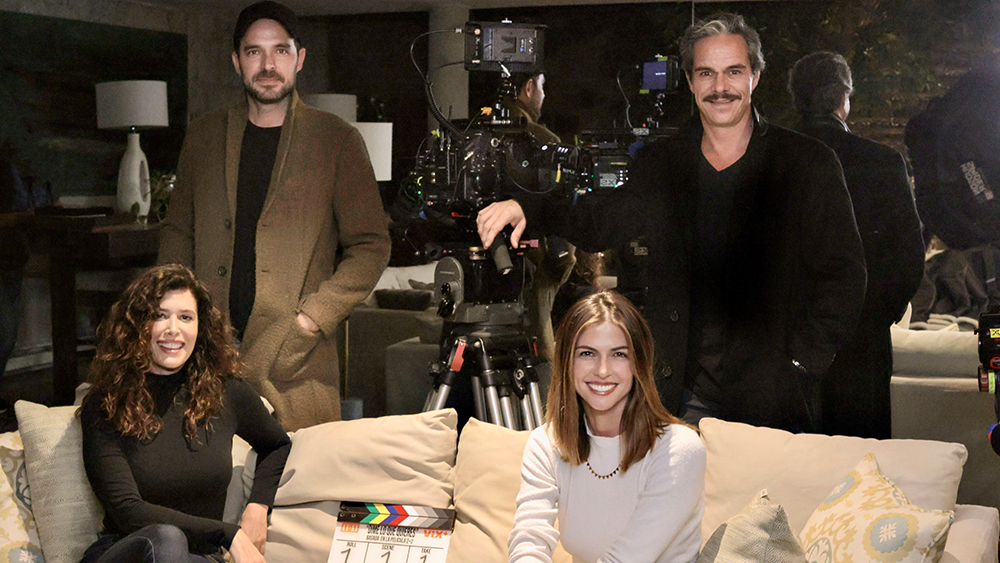 The comedy, which turns the most boring marriage upside down and questions the aspects of normal communication in a couple, is an adaptation of the Argentine film “Dos + Dos”, which Patagonik Film Group and Pol-Ka produced in 2012.

Speaking freely about love and sexuality, as well as truth, loyalty and true friendship, “Dime Lo que Quieres” tells the story of Diego (Tony Dalton) and Emilia (Angie Cepeda), a conservative couple with 16 years of marriage behind them who have lost their spark.

Their lifelong friends – and swinging couple – Betina (Stephanie Cayo) and Tomás (Manolo Cardona) come to their rescue, introduce them to the world of the forbidden and change everything they thought about intimacy, relationships and sex.

“We’re excited to kick off our 11:11 Movies & TV partnership with ‘Dime lo Que Quieres,’ a fresh take on a heartfelt, edgy and hilarious movie,” said Augusto Rovegno, senior vice president of acquisitions and programming at ViX+, the subscription-based premium tier of the ViX streaming service.

“Working with the 11:11 team and their talented cast has been an incredible process and we look forward to sharing this film with the world and creating more amazing projects together,” he added.

“At 11:11 Films & TV we are excited and proud of our first project for ViX+. We’ve brought together great talent behind and in front of the cameras, and we know this is the perfect combination that will lead to more great projects,” said Juancho Cardona, executive producer and general manager of 11:11 Films.

Founded in 2005 by the Cardona brothers, consisting of actor-producer Manolo, director-producer Juancho and producer-international relations executive Francisco, 11:11 Films & TV has since created a slew of films and TV series. Among their notable movies are “Saluda al Diablo de Mi Parte” and “El Cartel de los Sapos.”

ViX+ offers subscribers over 10,000 hours of premium content, including over 70 ViX+ Originals series and movies debuting in the first year. Subscription to ViX+ is available in the US, Mexico and most of Hispanic Latin America via the Internet at vixplus.com and via a ViX app on entertainment platforms and devices.