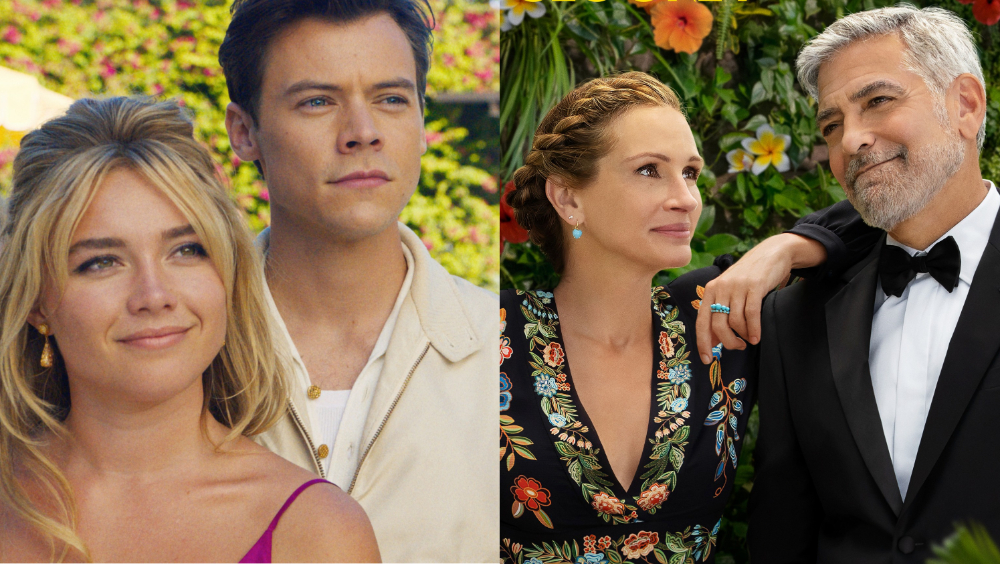 Universal’s ‘Ticket to Paradise,’ starring Julia Roberts and George Clooney, and Warner Bros.’ “Don’t worry, Darling”, which featured Florence Pugh, Harry Styles and Chris Pine, were in a close battle at the box office in the UK and Ireland, with the former narrowly winning.

Disney’s “Avatar” reissue came in third with £1.2 million. After two weeks at the top of the box office, Disney’s “See How They Run” dropped to fourth place on its third weekend with £473,222 for a total of £3.6 million.

Rounding out the top five was Universal’s David Bowie documentary, “Moonage Daydream”, which raised £375,399 for a total of £676,185 on its second weekend.

Paramount’s Tom Cruise vehicle “Top Gun: Maverick” placed 10th with £139,461 in its 18th weekend for a total of £82.8 million, comfortably the highest-grossing film of the year in the area to date.

The Halloween release is horror “Smile,” which Paramount opens mid-week on September 28, spanning some 300 locations.