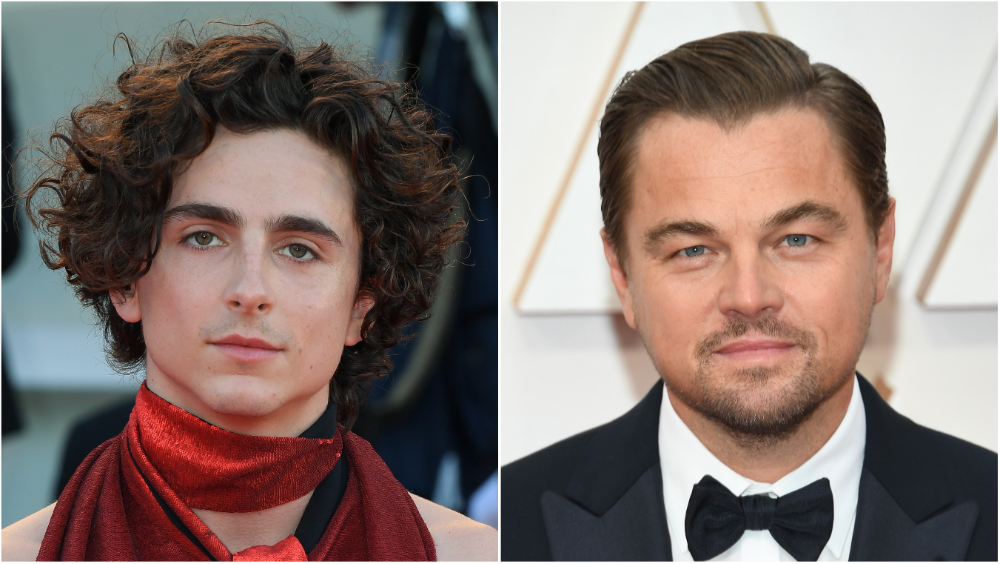 Timothée Chalamet wears the crown of Hollywood “it boy” since his turn in Luca Guadagnino’s “Call Me by Your Name”. Since then, he has starred in indie favorites such as ‘Lady Bird’ and ‘Beautiful Boy’, as well as headlining the fantasy blockbuster ‘Dune’. Following : Guadagnino’s film festival darling ‘Bones and All’, a cannibal love story that garnered an 8.5-minute standing ovation in Venice.

Following in the footsteps of Hollywood hotshots before him, Chalamet revealed to: British Vogue the career advice Leonardo DiCaprio gave him: “No hard drugs and no superhero movies.”

DiCaprio and Chalamet shared the screen in Adam McKay’s 2021 satirical comedy “Don’t Look Up,” which premiered in limited theaters and on Netflix last December, and was nominated for an Academy Award for Best Picture.

DiCaprio, who hasn’t appeared in a TV series since “Growing Pains” in 1992, is famously picky about choosing his roles. His breakout in 1997’s “Titanic” took him to global stardom, and the closest thing to a blockbuster superhero film may be Alejandro G. Iñárritu’s “The Revenant,” in which he plays a 19th-century frontier who fights and kills a bear. DiCaprio won his first and only Academy Award for the performance.

Chalamet’s career path has earned him a similar place as a respected actor adored by critics and fawning fans alike.

In 2023, the actor will star as a young Willy Wonka in Paul King’s dark origin story “Wonka,” as well as Denis Villeneuve’s “Dune: Part Two” opposite Zendaya, Florence Pugh and Austin Butler.