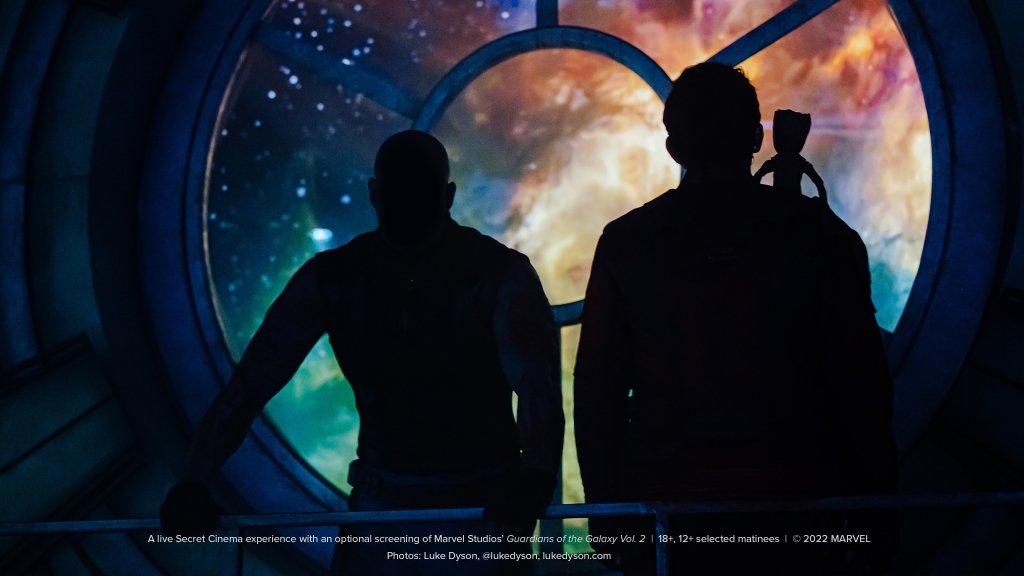 TodayTix Group has acquired Secret Cinema, a London-based entertainment company, in a move that will give the e-commerce company a presence in the fast-growing, immersive film and television event space.

The pact was for more than $100 million, according to a source with knowledge of the deal. That’s a hefty figure and a sign of the rapid growth of Secret Cinema, which has exploded in popularity over the past decade by offering heavily produced experiences with the likes of Disney, Marvel, Universal, Paramount, Lionsgate, Netflix, Sony, and Eon. productions. The company has sold more than a million tickets for more than 50 shows. It also recently signed a multi-year, multi-title deal with Disney, which began with its popular immersive experience linked to “Guardians of the Galaxy” at Wembley Park.

Other experiences, such as one with “Casino Royale,” reached audiences of over 100,000 in London, while the production of “Stranger Things” was seen by more than 300,000 people in Los Angeles. TodayTix Group will keep Secret Cinema’s team of 50 full-time staff members intact and will continue to operate as a separate brand. TodayTix Group has approximately 330 employees.

“This company is a leader in the field and what makes them particularly unique is their relationship with the studios,” said Brian Fenty, co-founder and CEO of TodayTix Group. “They have been entrusted to build a transformative experience by some of the best entertainment companies in the world. For us, this was a transformative acquisition as it enables TodayTix to leverage its data and millions of customers and its frictionless technology to marry Secret Cinemas’ pioneering approach to IP presentation.

Until now, Secret Cinema has mainly operated in the UK, with the notable exception of the ‘Stranger Things’ experience, which allowed American crowds to enter Starcourt Mall around 1985 to see all sorts of bizarre happenings. With the acquisition, TodayTix hopes to help Secret Cinema grow internationally. To that end, Secret Cinema will launch a US national tour in May 2023 and establish a permanent location in Los Angeles.

“I can’t say much, but the tour will be linked to an iconic beloved American film,” teases Fenty.

Under its new ownership, Secret Cinema will also change its format. Historically, it has produced short-term shows lasting a few months. Now the company will start creating open-ended theater performances in major cities. The company will also seek to establish a permanent location in London to host these experiences.

Secret Cinema was founded in 2007 by Fabien Riggal and has launched 70 productions to date, including those inspired by “Blade Runner”, “Bridgerton”, “Back to the Future”, “Star Wars” and “Alien”. Audiences are often encouraged to dress up as characters from movies or shows. Tickets range from £35 to over £130.

“It’s been two extraordinary years for everyone in the entertainment world as we have come out of multiple lockdowns and restrictions due to the current cost pressures of ramping up our shows,” Secret Cinema CEO Max Alexander said in a statement. “Nevertheless, Secret Cinema continues to be an exceptional producer of unforgettable, immersive experiences. Now, with the support and unique expertise of TodayTix Group, it can live up to its true potential and bring excitement and spectacle to even more Secret Cinema visitors around the world.”

TodayTix Group has been very active in recent years buying Goldstar, a live event ticketing platform; Show-Score, a Rotten Tomatoes-style live theater service; Encore, a London-based ticketer; and Broadway Roulette, a service that helps select Broadway shows for users who specify a date and preference between musicals or plays. Fenty said the company is open to expansion but feels no pressure to keep growing.

“If there’s a deal that needs to be closed, we’ll look into it, but we’ve got a great portfolio now and we’re very busy integrating these companies,” he said.

Barron International Group was a strategic advisor to TodayTix Group during the acquisition of Secret Cinema.